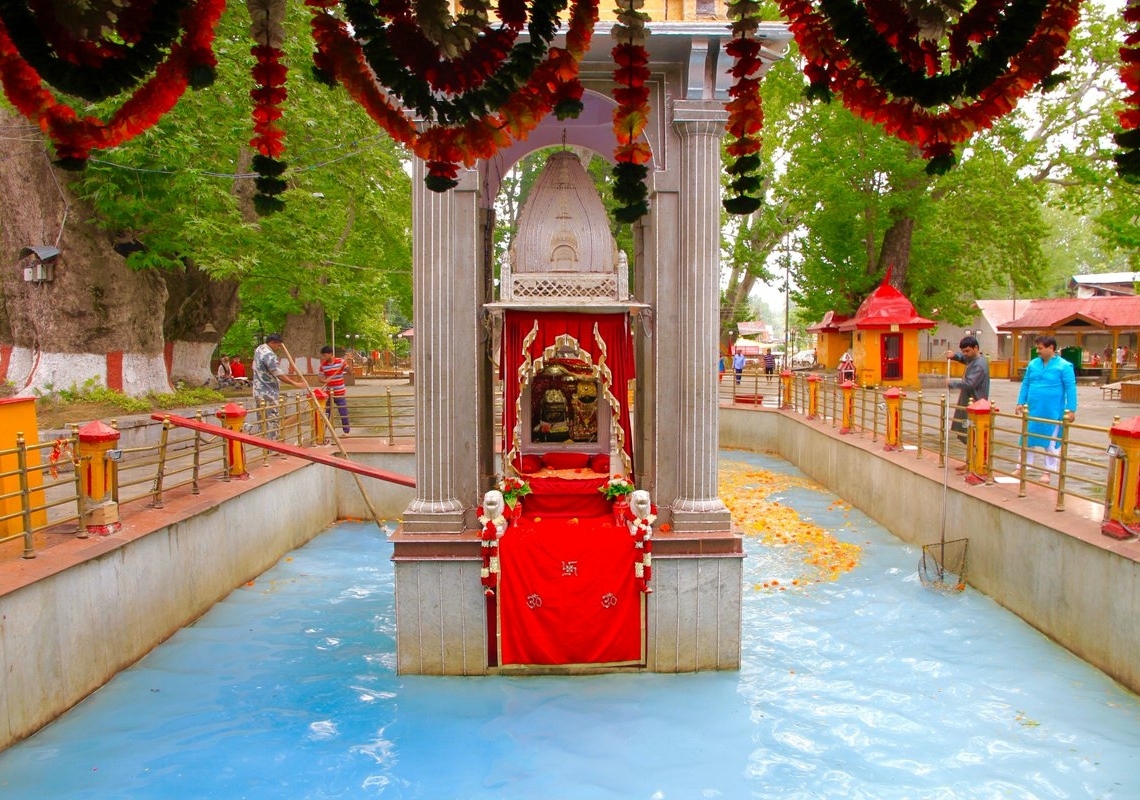 Srinagar: The annual Mata Kheer Bhawani Mela is being celebrated on Friday at the Ragnya Devi deity Shrine situated in Tullamulla village of Ganderbal district.

Tullamulla shrine in addition to being the holiest shrine of the local Kashmiri Pandit community is also the symbol of centuries old eclectic culture and brotherhood among different communities of Kashmir.

The festival is celebrated each year on Zyestha Ashtami which coincides this year with June 18.

Because of the ongoing pandemic, no large gathering of devotees is being allowed at the shrine today although the traditional Puja will be held with limited number of devotees.

Kashmiri Pandits have been keeping their annual tryst with the deity despite their mass exodus in 1990s because of separatist violence.

Scores of Pandits have thronged the shrine on the Mata’s annual festival as they keep on coming to celebrate the festival from different parts of the country after migration from the Valley.

Local Muslims have kept the flame of co-existence and brotherhood alive by waiting outside the shrine with milk filled earthen pots to receive the Pandit devotees on the annual festival.

Despite the bloody violence that has claimed thousands of lives in Kashmir during the last 30 years, local Muslims have received their Pandit brothers with open arms during the festival at Tullamulla.

The spring inside the shrine has historic significance as locals believe that the colour of its water on the festival day forebears the events those follow till the next year.

Legend has it that Mata Ragnya Devi was displeased with the licentious life led by Ravana and she ordered Hanuman to shift the seat of the deity from Sri Lanka to Tullamulla.

Lt Governor Manoj Sinha has greeted the people on Jyeshtha Ashtami and said that the festival is an example of the pluralistic values of the land of Sufi saints and Rishis.