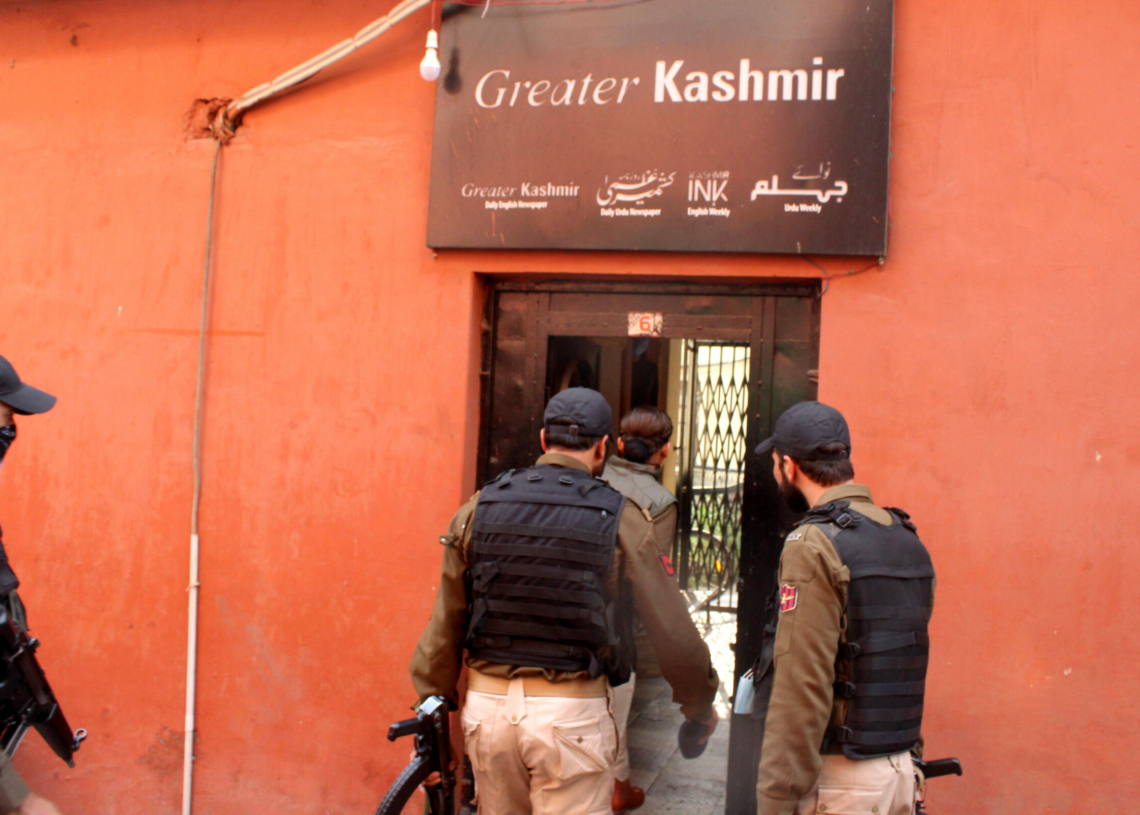 “Though NIA after five-hour wait said that the raid was on GK trust, GK management said that the investigating agency checked the computers and took away the hard drives,” KEG said in a statement.

“Kashmir media continues to get targeted, demonized, vilified and raided by both the state and non-state actors for a long time now,” the statement added.

The editors body added that Kashmir media has proven record of being a professional institution that maintained textbook objectivity while maintaining its core journalistic values. This is despite the adversity of an extraordinary situation and the mounting challenges day in and day out.

“KEG expresses its concern over the mounting costs of being a journalist in Kashmir. It hopes that Kashmir media is permitted to function without hassles and hurdles. This is in the interest of everybody within and outside Jammu and Kashmir,” the statement added.