Kashmir’s walnut deaths: At least six die of falling while harvesting fruit in last one week 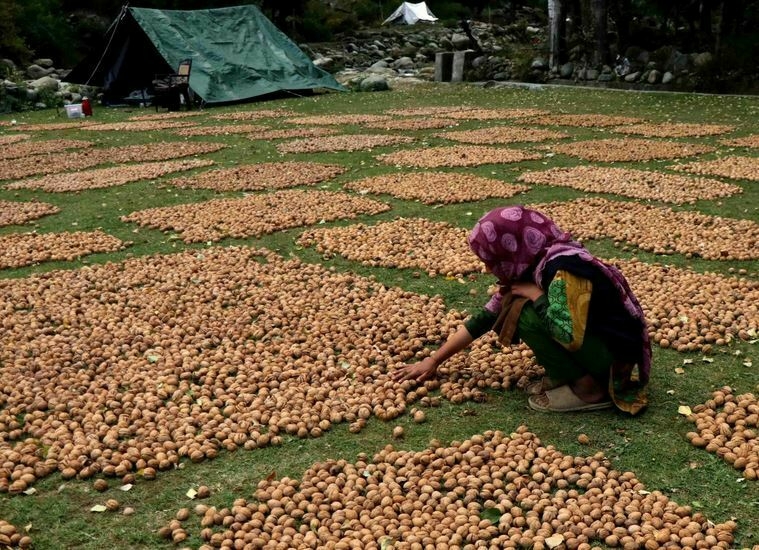 Srinagar: Walnuts are being harvested these days in Kashmir but the exercise has turned tragic considering how precious human lives are being lost in the act.

At least six people have died in the last one week across Kashmir, all due to falling from trees while harvesting the fruit.

The incidents have happened in both south and north Kashmir areas.

In the latest incident, a man died after falling from a walnut tree in Tral area of Pulwama district on Saturday morning.

News agency Kashmir News Observer identified the deceased man as Ghulam Qadir Bhat, resident of Nigeenpora Tral who, after being gravely injured in the fall, was immediately evacuated to a nearby hospital.

However, the doctors declared him as brought dead on the arrival.

On Friday, another man was killed in a similar incident in nearby Anantnag district.

The man, identified as Farooq Ahmad Mir, son of Ghulam Mohammad Mir of Andoo Nowgam Shangus, fell from the walnut tree and was immediately shifted to SDH Shangus where doctors declared him brought dead on arrival.

On the same day, Mohammad Jabbar Malik, son of Momma Malik of Zalangam fell from a walnut tree and suffered grave injuries.

“The injured was immediately shifted to a nearby hospital where from he was referred to GMC Anantnag for specialised treatment,” the official said.

In yet another incident on Thursday, a 60-year-old man died after falling from a walnut tree in Pulwama.

The deceased was identified as Mohammad Akram Dar, who slipped and fell on the ground at Tral.

On September 14, a man died after falling from a walnut tree in the border town of Uri in north Kashmir district of Baramulla.

Similarly, another man died after falling from a walnut tree in Pulwama on September 5.