Kashmir’s militancy: Weapon-less but far from the end 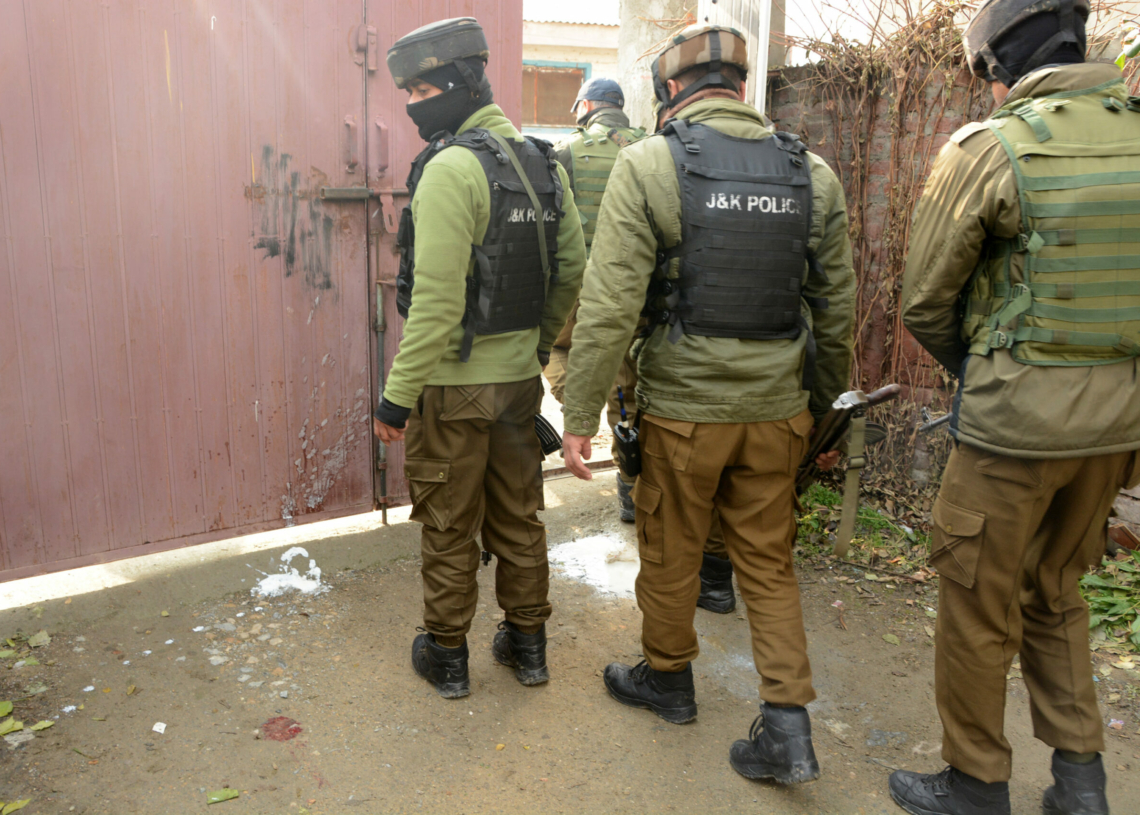 J&K police personnel at the spot where PSO of a PDP leader was shot dead by suspected militants in Natipora Srinagar on Monday, December 14, 2020 (Photo: KM/Umar Ganie)

Militancy in Jammu and Kashmir has entered a crucial transitional phase. In the last five years, it kept surging, its lethality increasing year after year—in terms of recruitment, infiltration and violent attacks. The year 2020 marked a remarkable shift in the trends of militancy, indicating a downgrading in lethality despite high recruitment.

The recruitment numbers for the year 2020 do not show a big change compared to last year. As per news reports, the number of local recruits for this year (till October end) stood at 145—the second highest in a decade. The spate of recruitment suggests that the counter-offensive of security forces is proving to be a zero-sum game, as for every militant killed a new one is being recruited or infiltrated.

However, there is another data point which depicts a significant downgrade in militant operations. Data suggests that militants in Kashmir are witnessing a dearth of weaponry and logistics, which is severely denting their capacity to carry out big, lethal attacks.

Data accessed by ORF shows that 176 counter-militancy operations were conducted by the security forces till October end. Out of 245 weapons recovered, 101 were pistol or handguns and 144 were various types of assault rifles—AK47, AK56, M4, Insas etc. Many operations in which militants were killed/arrested/surrender had no major weapon recovery.

Recovery of ammunitions showed that the militants possessing pistols carried on an average 10 rounds for each weapon. In the case of assault rifles, an average of 66 rounds per weapon was recorded. A pistol is primarily a self-defence weapon and can only be used to carry out targeted assassinations at point-blank range.

The above data clearly shows that the pistol-wielding members posed a lesser threat as they are not capable of carrying out big attacks against the military establishment. This also explains why there weren’t any major militant attacks in the year 2020 barring a few. The nature of attacks carried out in 2020 were mostly targeted killings of civilians and stand-off attacks on cornered solders. Data shows that this year, only one improvised explosive device or IED was recovered compared to the 12 recovered last year.

The critical metric to judge the state of militancy is not the disruption in supply of weapons but the surge in demand for weapons. In other words, the continuous flow of recruits suggests that the demand for weapons is much more than it has been in the last few years. Perhaps, the weapon supply chain has primarily been interrupted by shutting down of the cross-LoC trade and crackdown on the overground networks of the militant outfits. In the past, trucks involved in cross LoC trade have been caught by the security forces carrying weapons into the Indian side of the  LoC. In April 2019, India shut down cross LoC trade after investigative agencies found out the route was used for “smugglings weapons, drugs and fake currency.”

It is an open secret that militants also procured weapons through trade with rogue members of security forces. DySP Davinder Singh, currently being investigated by the NIA, brought this reality into the public glare when a former sarpanch was arrested for supplying arms to Hizbul Mujahideen. The arrest of DySP Davinder Singh and subsequent investigation has perhaps acted as a deterrent against this network and created further problems in the procurement of weaponry.

Officials of the Indian Army and J&K Police have publicly stated that the militants in Kashmir were facing a shortage of weapons. This deficit in weaponry has provoked desperate attempts by Pakistan to find new routes and modes of weapon delivery to militants in Kashmir.

On June 20, Border Security Forces (BSF) shot down a China-made drone, carrying arms and explosives, that had crossed the international border from the Pakistani side near Kathua district of Jammu and Kashmir. The hexacopter was carrying an M4 Carbine rifle and seven grenades. Similarly, on September 19, two AK 47 rifles, two pistols and four grenades were recovered from three arrested militants who claimed that arms and ammunition were received via drones. The incidents of weapon drops through drones has not been limited to Jammu and Kashmir. Reports of drone drops have taken place in Punjab as well along the international border between India and Pakistan. It is possible that weapons dropped in Punjab are then transported up north to Jammu and Kashmir.

These incidents of airdrops of weapons have added a new dimension to militancy in Kashmir. Most importantly, they are an indicator of the evolution of militant groups in Kashmir. The shortage of weapons is affecting the traditional militant outfits like Hizbul Mujahideen (HM) more than the newly created ones like The Resistance Front (TRF) and People’s Anti-Fascist Front (PAPF). The new recruits in HM and LeT have to make do with the handguns, thereby, limiting their activities.

After statements by Indian Army officials regarding the shortage of weapons faced by militants, TRF sought to counter the claims of security forces by issuing a propaganda video on social media. In the video, which appears to have been hurriedly recorded in a residential house, a militant of TRF is seen counting eight assault rifles of AK 47 model, seven pistols and some hand grenades put on display against a wall. The video put out a statement, which read, “there is no scarcity of weapons.”

Even as Kashmir witnessed a less lethal and downgraded militancy in the year 2020, the trends suggest trouble is far from over. The rising recruitment in militant ranks remains a point of concern and all efforts by security forces to stop new recruits from joining militant groups have had no positive outcome. This will remain a cause for worry in the coming months too. The incidents of airdrops suggest that militant outfits and their managers are utilising new methods and tactics to keep the pot boiling. Perhaps, these shifting tactics by militant outfits are just a part of a bigger plan, which is yet to come in motion. They may even be planning to launch a big assault in the future, much like the wave of militancy that emerged after the killing of Burhan Wani in 2016.

Khalid Shah is an Associate Fellow at Observer Research Foundation (ORF). Khalid was previously associated with leading news channels of India and did a brief stint as a Correspondent in Srinagar with WION News, reporting extensively on conflict in Kashmir.

The article first appeared on the Observer Research Foundation website.