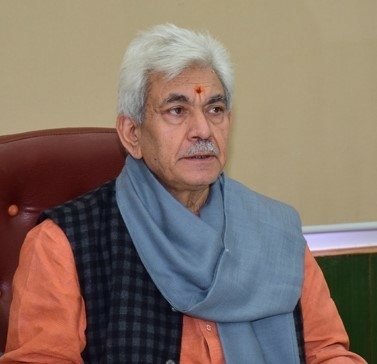 Srinagar: Lieutenant Governor Manoj Sinha on Saturday said the migrant Kashmiri Pandits will soon return to their homes in the valley.

“Under PM’s package, 6000 jobs and 6000 houses had to be built for migrants. But it was like a five-year plan…. I think it was just a beginning, not the destination. I do not think it is enough to bring back the Kashmiri pandits. Now, steps are being taken for the rehabilitation of Kashmiri Pandits. I am hopeful that pandits will return given the measures we have taken. I do not want to discuss it here. After three months, when the snow melts, the country will come to know how Kashmiri pandits will be rehabilitated,” Sinha told a national television channel.

Lieutenant Governor said they have received 6200 complaints from Kashmiri pandits on the recently launched portal. “We have removed all encroachments within 15 days. As far as distress sale is concerned, it is a legal process and will take some time. But some of the issues related to distress sale have been resolved,” he said.

Without naming Pakistan, Sinha said neighbours are feeling pain when they see unprecedented development in Jammu and Kashmir. “Our neighbors can’t digest that tunnel worth Rs 2300 crore is being built. They can’t imagine that highways worth Rs 95000 crore are being built. And (that is why) they did not allow its airspace for Srinagar-Sharjah flight,” he said.

On security concerns, he said countrymen visiting Kashmir will be given full protection. “Countrymen should visit J&K. You are welcome and your security is our responsibility,” he said.

Elaborating, he said, 10.5 lakh tourists visited Kashmir till July and the figure reached 11.28 lakh in August.   “In September, the number crossed 12 lakh. Till November, 13.36 lakh tourists had visited Kashmir. Flights are full and hotels are sold out. I receive calls from people across the country for hotel booking,” he said.