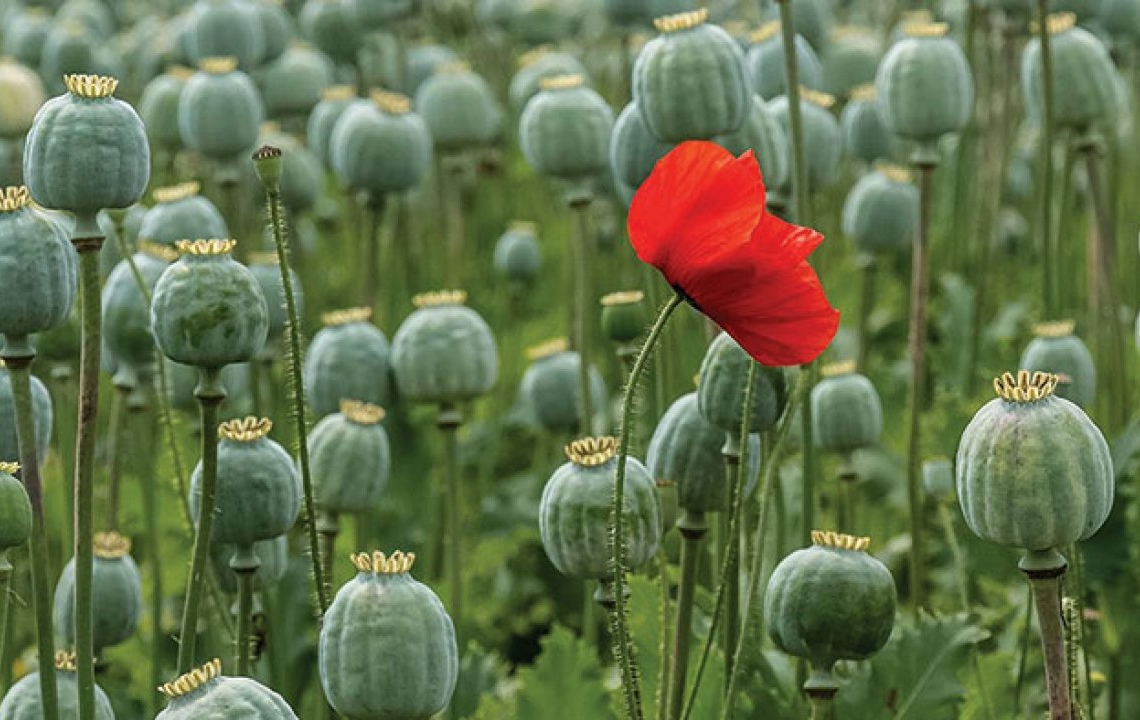 Srinagar:  The area under poppy cultivation in Kashmir has declined by over 77 percent this year.

Thanks to extensive anti-narcotics drive and awareness campaign by religious leaders and Panchayat Raj Institutions (PRIs), poppy cultivation has been contained to a large extent across the valley.

Last year, law enforcement agencies had destroyed poppy crop spread over 2769 kanals of land till June 10. Figures released by Excise Department reveal that poppy crop spread over 991.2 kanals land was destroyed in Budgam district alone till June 11, 2020. It was followed by Baramulla where poppy grown over 417.12 kanals of land was destroyed by the law enforcement agencies.

Poppy spread over 307 kanals, 256 kanals, and 312 kanals were destroyed in Anantnag, Kulgam, and Bandipora districts respectively till June 11, 2020. Ganderbal was at the lowest of the table in the poppy destruction.  Poppy over 1.5 kanals of land was destroyed in the district till June 11 last year.

“We had started public outreach programme last year itself. It has paid rich dividends. The area under poppy cultivation has been reduced. We have destroyed poppy over 631 kanals of land this year. In 2020, we had destroyed poppy over 2700 kanals of land. There is a remarkable decline this year. This is very good news,” Tahir Aijaz, the deputy commissioner of the excise department, told The Kashmir Monitor.

Tahir said they had involved religious scholars, community leaders, and PRI to spread awareness about the poppy. “We are marching on a victory path. If the trend continues, Kashmir will be poppy-free in the next three to four years,” he said.

Preliminary investigations have revealed that there is an organized syndicate behind the cultivation of poppy. Punjab and Rajasthan have emerged as potential markets for Kashmir poppy. Most of the crop is smuggled to these two states where it is refined into opium and sold at huge prices.

National Serosurvey 4.0: South Kashmir’s Pulwama among 70 districts to be studied for COVID antibodies