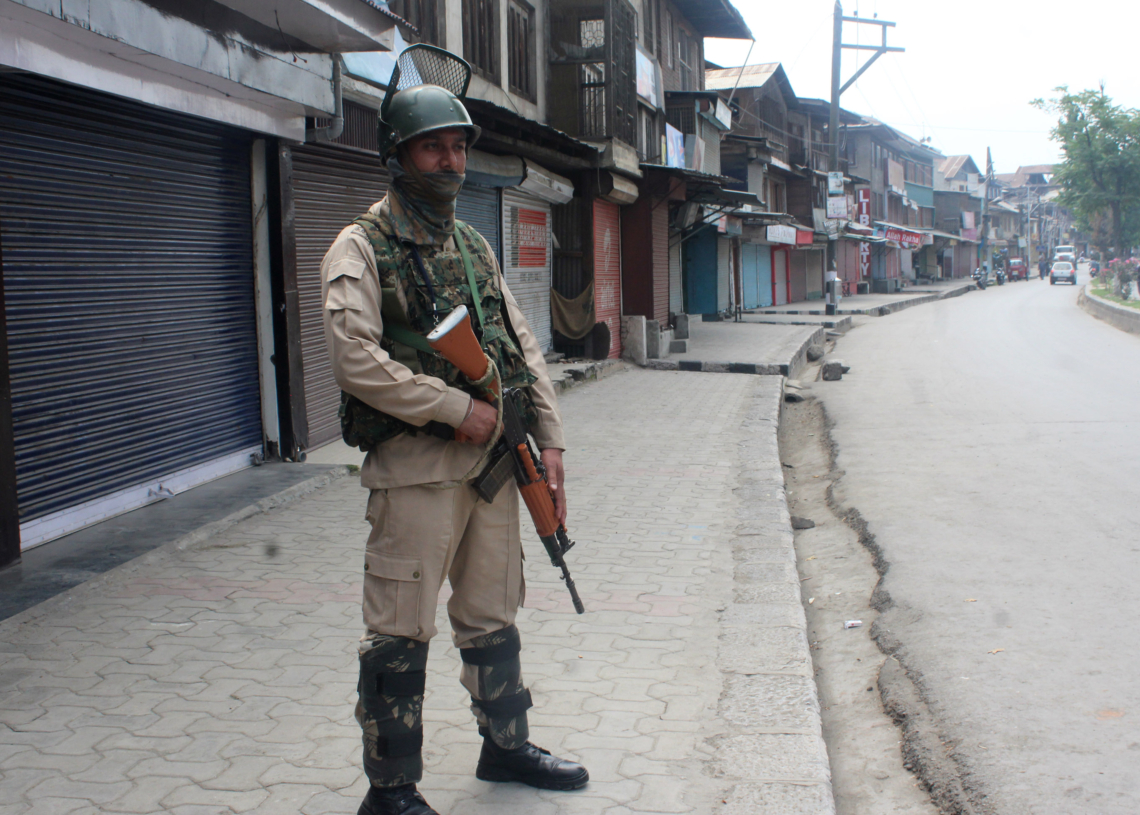 Srinagar, July 11: Kashmir witnessed a complete shutdown on Wednesday in response to a protest call by Joint Hurriyat against recent civilian killings in the valley.

The Joint Hurriyat led by Syed Ali Shah Geelani, Mirwaiz Umar Farooq and Yasin Malik, had called the valley-wide shutdown against the killings of civilians by the forces.

“Two militants and a civilian were killed and over 100 civilian protesters injured during a gunfight in Shopian on Tuesday.

A man died of shock after being misinformed that his son, Zeenat, who recently joined militant ranks, was trapped at the site of the firefight. While Muhammad Ishaq Naikoo died of cardiac arrest, a youth, Tamsheel Ahmad Khan, died at a hospital after receiving bullet injury during clashes with the forces.

The militants killed were identified as Sameer Ahmad Sheikh from Shopian and a Pakistani national, Babar, — both belonging to the Jaish-e-Muhammad (JeM) outfit.

Shops, other businesses, public transport and educational institutions remained closed in Srinagar and other district headquarters of the valley on Wednesday even though private transport and some three wheelers were seen moving on uptown and city outskirts here.

The shutdown call did not, however, affect the passage of Amarnath pilgrims to the two base camps of Baltal and Pahalgam.

Authorities made heavy deployments of police and the Central Reserve Police Force (CRPF) in the old city areas here and other sensitive places without imposing any restrictions on civilian movement.

Train services between Baramulla town of the valley and the Banihal town in Jammu region were suspended though, as a precautionary measure.