Kashmir Saivism: The most peddled misnomer from Kashmir 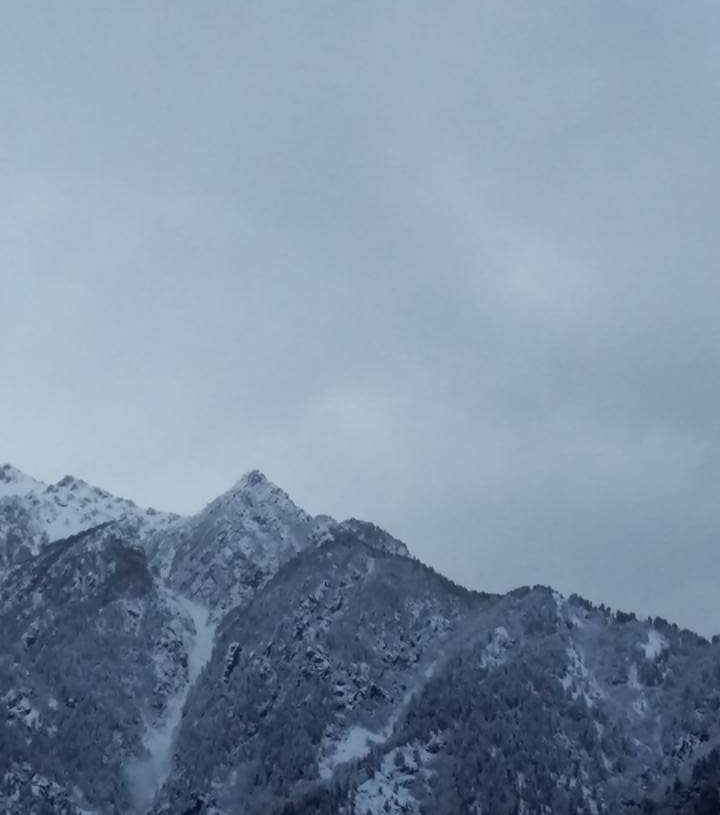 At a general level, the present-day Kashmir offers a view that is both real and mythical. Speaking averagely, there perhaps may not be a soul who may not have heard of this ‘Paradise’ on earth and fortunate are those who actually have seen it and blessed are those who belong to Kashmir and live there. However, notwithstanding these objective situational factors, the real Kashmir is many things to many people. To some it is the scenic beauty and salubrious climate of Kashmir that captures their imagination. To many others, it is the ancient culture, history, art, music, architecture and heritage etc. that holds its sway over them. Perhaps, there is always something great about Kashmir and from there which men acclaim universally of this mysterious and gifted land.

If one were to draw a list of its most popular gifts to mankind again the difficulty would arise how and where to begin. From saffron to meadows and vales to gurgling streams, sweet springs, lakes, gardens, fruits and flowers and stretches of snow-clad mountain ranges kissing the blue sky but even its beautiful crafts of woodcarving, papier mache, carpets and rugs are those of its iconic synonyms that people relate with Kashmir. However, these attributes of this beautiful land only speak of the mundane.  The connoisseurs, however, would add to this list its grand buildings, architecture, ancient monument ruins, religion and of course its variegated history.

Perhaps, the prized aspect in this coveted list is the history of Kashmir itself. From the earliest times till the 14th century, Kashmir was predominantly a Hindu society ruled by a long line of Hindu kings belonging to various dynasties. However, it was sometime about the middle of 14th century that Islam came to Kashmir and most of the population too converted to this great faith. From then onwards Islam is the predominant religion in Kashmir.

Notwithstanding, the legendary origin of Kashmir as is enshrined in the sixth century cultural text, the Nilamatapurana, history informs that Buddhism was the   earliest religion in Kashmir. But sometime about the ninth century it was overtaken by Saivism that became the dominant religion till the time Islam found its roots in Kashmir. In fact, there is nothing more glorious an aspect of the Hindu era of Kashmir than to have given the gift of Kashmir Saivism to its own people and to the world at large.

Considered as one of the oldest religious faiths of India, as says the famous Irish Indologist George Grierson, Saivism in Kashmir had its own unique philosophy and religious system. The doctrine of Kashmir Saivism  propounded by Vasugupta called the Siva Sutras were later elaborated in diverse commentaries and expositions from then onwards in the later centuries of the Hindu period by great Saiva Acharyas like Abhinavagupta, Kallata, Mammata, Utpaladeva, and others through  an array of well-known works like the Tantras Strotavalis, Sutras, Prityabhijna and Vimarsinis etc which laid the foundation of this great school of Hindu philosophy that, in due course, came to be recognized as Kashmir Saivism. It was only a century ago that this doctrine was called as Trika Philosophy, a name coined by J.C. Chatterjee in 1913.

However, this great religious wealth of Kashmir’s Hindu era lay dormant and unknown throughout the Muslim era in the Kashmir history. But the minority Hindus preserved its doctrine in several manuscripts written in Sanskrit. However, at the popular level, Kashmir Saivism survived through its practitioners. People (Kashmiri Hindus) performed and lived its expositions as their way of life. It became their way of life. They breathed Kashmir Saivism in and out all their lives so much so that even during the tyrant Afghan rule in Kashmir, this idolatry religious philosophy could not be exterminated   from the lives of these aboriginal Hindus.

However, it was not until the fourth quarter of the 19th century that world outside Kashmir came to know of this great indigenous religious philosophy of Kashmir through the literary expedition of that great German indophile Georg Buhler. Ordered by the Government of India to collect Sanskrit manuscripts in Kashmir in 1875, Buhler was ably supported in his mission by the then Dogra Maharaja, Ranbir Singh. In the finality, Buhler collected three hundred Sanskrit manuscripts from Kashmir which included a rich cache of Saiva texts.

It was this undertaking of Buhler that actually brought the corpus of Kashmir Saiva texts to the attention of the world. Before that, the world was practically oblivious of this great philosophy. Once this religious wealth of Kashmir came to light, it was left to the enlightened vision of the Dogras who undertook to search for all the rest of surviving manuscripts of Kashmir Saivism. It was mainly during the enlightened rule of Maharaja Pratap Singh that the entire corpus of Saiva texts of Kashmir were discovered and in the following decades till India’s independence as many as 90 of these texts were published between 1911 and 1947 by the Department of Research, Museum and Archaeology of the State under the Kashmir Series of Sanskrit Texts.

Lately, this famous religious philosophy of ancient Kashmir has attracted the attention of the world. Many of these texts in recent decades have been edited by both the Indian and foreign scholars, foremost among them are, Lillian Silburg, Bettina Baumer, Dojewsky, Pual Mueller Ortega, Alexander Sanderson, Navjivan Rastogi and a host of other scholars.

It may not be out of place to mention that the first western scholar to study Kashmir Saivism after its corpus came to light during the Dogra rule was the famous Yale University Sanskritist Franklin Edgerton who came to Kashmir in 1927 and learned the great intricacies of this religious philosophy with the eminent assistance of Pandit Nityanand Shastri.

While the academic discourse of this living philosophy has been kept vibrant by these scholars, it goes to the credit that its practice was kept alive by practising Saiva Masters like Pandit Sivopdhyaya, Swami Ram, Swami Mahtab Kak, and in more recent times by Swami Lakshman Joo.

While, the Saiva scholars may have insights into Kashmir Saivisms and disciples of the Saiva Masters have faith in this glorious philosophy, none at present times can claim to be the real practitioners of Kashmir Saivism. In reality, Kashmir Saivism is a living philosophy, that the Kashmiri Pandits lived through up to recent times but no longer any more now.

It may be pertinent to state that at present there is plenty of   Kashmiri Saivism but only in books and diverse other forms of literature but not a shred of it in its real pristine glory and form pulsating and vibrant as way of life among the Kashmiri Pandits.

Modernity coupled by recent unfortunate exile of the community from Kashmir forced by militancy in Kashmir has added a dual blow to the practising aspects of Kashmir Saivism among the Pandits.

The great philosophy that was once the religious forte of the Kashmiri Pandits, the Kashmir Saivism, today doesn’t fall even as a lingering shadow of their past glorious living way of life.

It is a different matter that the beleaguered community of the Kashmiri Pandits boasts in claiming as the rich inheritors of Kashmir Saivism but the sad truth is that they too have moved far away from its influence and appeal to live their lives in accordance with the precepts enshrined in this great religious philosophy.

Today Kashmiri Pandits have no great knowledge or awareness about Kashmir Saivism than what they may have picked from books here and there. No one needs to tell them that Kashmir Saivism is not a book religion. They ought to know, perhaps they know that it was the religion of their forefathers both immediate and past and it was their living religion.

Perhaps there is no symbol or action the Kashmiri Pandits can reassert to claim their lost glory and traditional way of life wherever they are in the present circumstances spread all over the world in a fuller and truly representative form than by reclaiming the living practice of their earliest religion called Kashmir Saivism.

This was the religion of their ancestors. In reclaiming it in their day to day life is the glory that awaits them. Merely shouting hoarse on its loss in their lives is not going to bail them.  Perhaps, in the present times even scholarship of Kashmir Saivism is more with non-Kashmiris than Kashmiri Pandits themselves.

It is, however, heartening to know   that many Kashmiri   Muslims today are exploring the vistas of Kashmir Saivism and its literature and philosophy.

The Pandits in this regard must rise to the occasion. Should they abdicate this call of their cultural and religious duty, their claim to Kashmir Saivism can be seen no more than peddling a misnomer of their religious identity.  Time alone will tell if Kashmir Saivism is the rising or setting sun in the eyes of its foremost custodians, the Kashmiri Pandits for both views present the same sight.

(The writer is a Jammu-based Columnist and Environmental Activist. Feedback at [email protected])