Kashmir politicians may have to remain jobless for a long time: MoS PMO 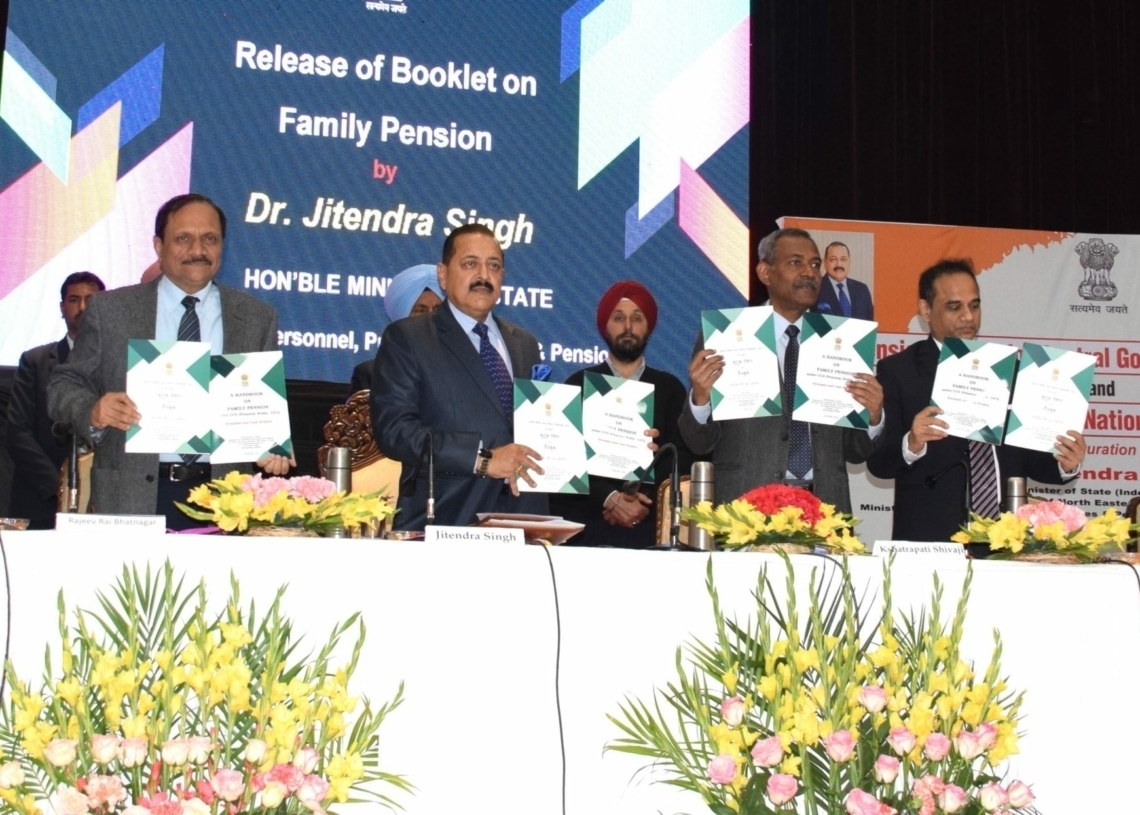 Jammu, Feb 29: Minister of State in PMO Jitendra Singh on Saturday assured adequate job opportunities to the youth of Jammu and Kashmir but said that cannot be guaranteed to the “unemployed politicians who might have to remain jobless for a long time”.
He said whether implementation of central laws or delimitation, everything is going to happen in Jammu and Kashmir and the people need to make the best use of it instead of getting “misguided by what somebody has been saying for his own consideration or motivation”.
“All the apprehensions are be dispelled and we have not to get affected because every third day somebody gets up and says that what happened to the jobs… First, I believe that for any responsible government, it is not important to give salaried jobs because that is half justice to the youth. You have to create employability, making them capable of earning their livelihood instead of giving them a salaried jobs,” Singh said at a function here.
He said the Centre has launched the Startup and the Standup India initiatives which have given “fruitful results” and referred to the “transformation” in the north eastern states of the country, where, he said, the exodus of youth in search of jobs was a huge problem.
“Today, what we are witnessing in North East is that the youth from outside like Gujarat and Karnataka are coming there and sometimes it worries me. We have to prepare our youth for jobs rather than give them those casual appointments on the eve of elections and fool them and ruin their careers,” the minister said.
He said the job opportunities will come under the new set-up but “we cannot guarantee employment to the politicians who might have to remain unemployed for a long time. These unemployed politicians have much more concern for employment”.
Similarly, all the acts will be there but it has to happen one time because the Union Territory is being managed by the Home Ministry which is already hard pressed, he said.
The minister said there is talk of delimitation not happening. “The delimitation (to redraw assembly constituencies) will take place but the politicians who are showing concern should be suggested that instead they should worry as their constituency might get declared reserved (after delimitation). I think that is the reason for their concern.”
Inaugurating the Pension Adalat for Central government pensioners and an awareness programme on the National Pension System (NPS), Singh said in less than 16 weeks since the UT came into being, this is the fifth national-level programme in a row which has taken place here.
“It has happened with such an ease and convenience that sometimes one wonders whether it would have happened in the pre-UT era,” the minister said.
He said Prime Minister Narendra Modi has reiterated repeatedly that Jammu and Kashmir should be given the same focus as was given to the North East in the past five and a half years.
“When BJP came to power, the North East was in the news for wrong reasons like months long blockades, violence, insurgency, corruption cases and zero development. The militancy there was not the type of militancy in Jammu and Kashmir where elder brother is a militant and the younger brother being a KAS officer.
“The psychological gap was so much that you had terms being used like hinterland and mainland. This is not used here. One of my colleagues said he was addressed as minister from India. We overcome this psychological gap and completely transformed the region and therefore I do not see any reason why we cannot do it in Jammu and Kashmir,” he said.
Singh said Gawhati, the main city in the North East, is much more cosmopolitan, metropolitan and developed than the two cities of Jammu and Srinagar. While Itanagar, which is close to the China border, is vibrating with slogans of ”Bharat mata ki jai” and that is the kind of transformation there, he added.
“We have a model before us and it is a recent model from Modi Govt 1.0 which need to be repeated in Modi government 2.0 in a different part of the country,” he said.
The development eluded the erstwhile state because there was a lack of will, lack of sincerity and lack of commitment as over the period of time the vested interest sought to build “artificial barriers” to keep themselves isolated and away from development journey with rest of the India because that suited to them.