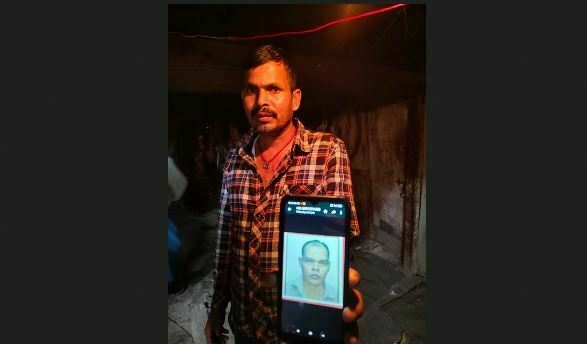 Srinagar: On October 5, a panipuri seller from Bihar was shot dead in Srinagar’s downtown. His death was part of a series of such killings in which civilians, most of who belonged to minority communities, were shot dead in what police claimed were “terror incidents”.

On that day Kashmir’s famous chemist ML Bindroo was also shot dead in his shop here while a local cab driver was killed in a similar fashion in north Kashmir.

A few days later, a principal from the Sikh community and her Hindu colleague, too were shot dead within the school in Srinagar.

The deaths shocked everyone with condemnations and condolences pouring in from all quarters.

The Kashmir Monitor spoke to Pankaj Paswan, 48, one of the relatives of the slain panipuri seller Virender Paswan to understand what exactly happened on that fateful day and what his death means for their future in Kashmir.

KM: What exactly happened on that day?

Pankaj: Virender had left his rented accommodation at 12 pm from Alamgari Bazaar for his daily work. In the evening, someone told me that a panipuri seller was killed. I thought they were joking. It was when our landlord showed the photo on Facebook that we understood that it was our own Virendra who was killed.

KM: There were reports that the family did not have enough money to bring the body back to Bihar. Is it true?

Pankaj: No, it is not. We had enough money and the administration in J&K offered all the support to us. In fact, it was our government in Bihar that did not bother to even call us. The (victim’s) family has received Rs 6.25 lakh of immediate relief from the J&K government. They also offered to airlift Virendar’s mortal remains but it was the decision of the family that we cremate his body in the valley.”

KM: Are you afraid now since one of your own has been killed? Would you continue to work in Kashmir or do you plan to go back?

Pankaj: Kashmiris have always come forward to support us. This is a second home for us. We would like to die here. We have not faced any threat here. Everyone around has helped us a lot. Besides, Kashmir is the best place to work considering we are paid and respected well here. None of us has left or plans to leave Kashmir even though Virender has been killed. We have families to feed. If we are afraid, they will die of hunger.

KM: How long have you been in Kashmir?

Pankaj: I have been working here for 17 years. I kept my family with me here for 12 years. We had no issues. It was like our second home. My children used to study here. But then when the situation worsened (post August 2019), we had to go back. Since then I have not brought my family back but I do work here for the season and go back during winters.

We do not have any issues here. The public here is the best. I have not seen anyone like Kashmiris. Last year during Corona lockdown, they fed us for four months. Bought ration, veggies, flour everything we needed to our doorstep without us asking for it. They knew that we were not able to earn anything during the lockdown. In Bihar, even a neighbour would not have given a kilo of ration to another neighbour.

KM: ‘It is not safe in Kashmir’ is what the general perception of the non-locals has been especially after the killings. What do you think?

Pankaj: We have to work and if we have to choose any place in India, we will choose Kashmir. If we are afraid, we cannot work and thus cannot feed our families. Rest is in the hands of God. It is easier to work in Kashmir than in any other state. People pay well and respect labourers as well. Of all the states, we feel we get the most respect here. We work at our own pace. That is why most of us want to come here. Across India nowhere would a labourer be paid Rs 650 for a day. Besides, we are given tea and bread thrice a day. It does not happen anywhere. And it is a cold place so we are not bothered by any heat too.