‘Kashmir has waited for 70 yrs, how does it matter if it waits for five more’: Farooq in first party meet post 370 abrogation 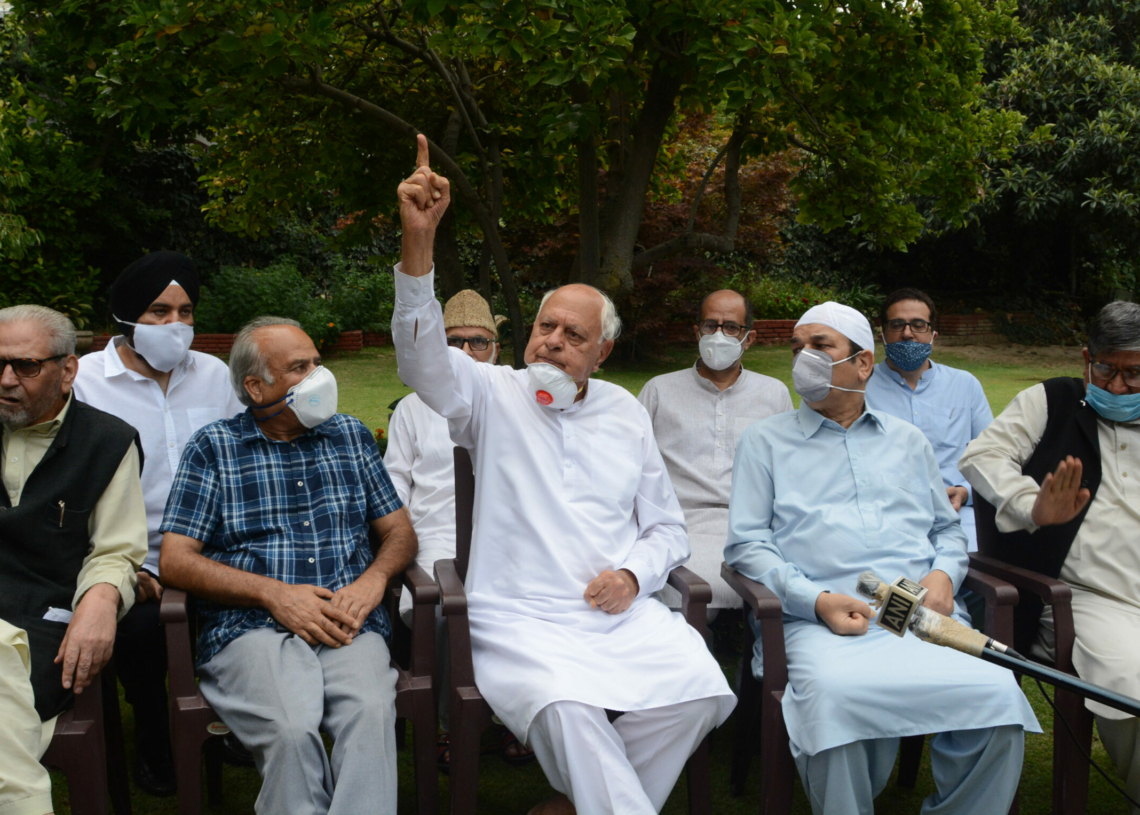 Srinagar: For the first time after the abrogation of Article 370 last year, the National Conference (NC) patron and incumbent parliamentarian, Farooq Abdullah on Thursday held a meeting with four of the party leaders who were also detained post the August 05, 2019 decision.

The NC chief said that future course will be decided only when all leaders are set up adding that he was in touch with the PDP chief Mehbooba Mufti on Gupkar declaration.

Earlier on Wednesday, National Conference had said that party has taken cognizance of the stand taken by Government of J&K in High Court for detention of its senior party leaders and added party has called a meeting with such leaders on August 20 in order to expose the assertions of Government regarding their “illegal” confinement.

Soon after holding a meeting with the party leaders, Farooq told media persons that the meeting was aimed to see whether his colleagues can come out of their homes after one year and 15 days.

“The motive behind our meeting was to see if our people who have been locked in for 12 months could come out of their homes, as the government said they are not locked. I am grateful to see them free today and hope it’s not just one time,” he said.

Asked how long the people have to wait for the future course of action, Farooq said: “Kashmiris have waited from seventy years, so how does it matter if they will have to wait for five more years.”

He said that they are not going to remain silent on the issues that took place since August 5 2019.

“Let people come out. The day people are out, we will sit down and Farooq Abdullah will say what we are going to do,” he said.

Asked about the Shah Faesal’s parting ways from politics, he said if the consciousness of somebody is weak, Farooq Abdullah is not responsible for that.

“He has to answer his conscience and his God. I am not supposed to talk about him,” he said.

Replying to a query, the incumbent parliamentarian said that the National Conference “has never been proved wrong and will never be proven wrong.”

Replying to a query about the PDP chief, Abdullah said, “I am in constant touch with Mehbooba Mufti. I am concerned about her prolonged detention. We do want to see her and other leaders of Jammu and Kashmir free.” (KNO)