‘Karle jugaad karle’: Watch it to believe, what happens when 7 people ride a poor 110cc bike? 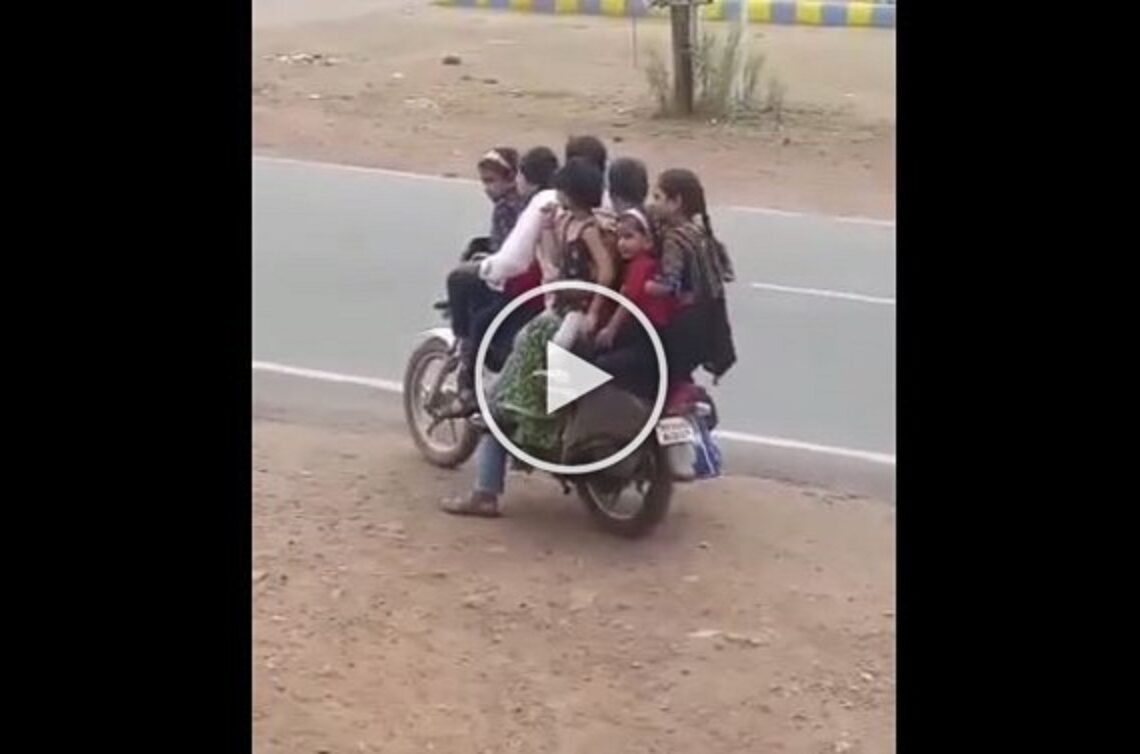 Social media time and again surprises us with weird videos and content that makes us wonder sometimes why would people do it?

Though it is no secret that traffic rules are openly flouted in India, a video has gone viral on social media in which a seven people are seen travelling on a motor bike.

Yes, you read that right. Seven! And no it was not some daredevil show. It seemed like an ordinary task for the rider who kept on making people sit on by one on the bike.

Netizens wondered how come they all found a space to sit on that poor machine.

The video shows the man making two children sit in front of him on the fuel tank. Then follows a woman behind him, another child, and another woman who pulls up a child in her lap.

Then the rider lets the poor bike go. And shockingly enough, the bike even moves.

Several netizens pointed out how dangerous it was for all of them especially for the children to travel this way.

The kids are in potential danger!! This is where India needs to disintegrate into small autonomous states so that the lower end of the society can be taken care of,” read one of the comments.

The video, going by the registration plate of the bike, seems to be somewhere from Andhra Pradesh.

Tags: bike with 7 people
No Result
View All Result