Kaduva: Why is this Malayalam movie featuring Prithviraj trending so much? 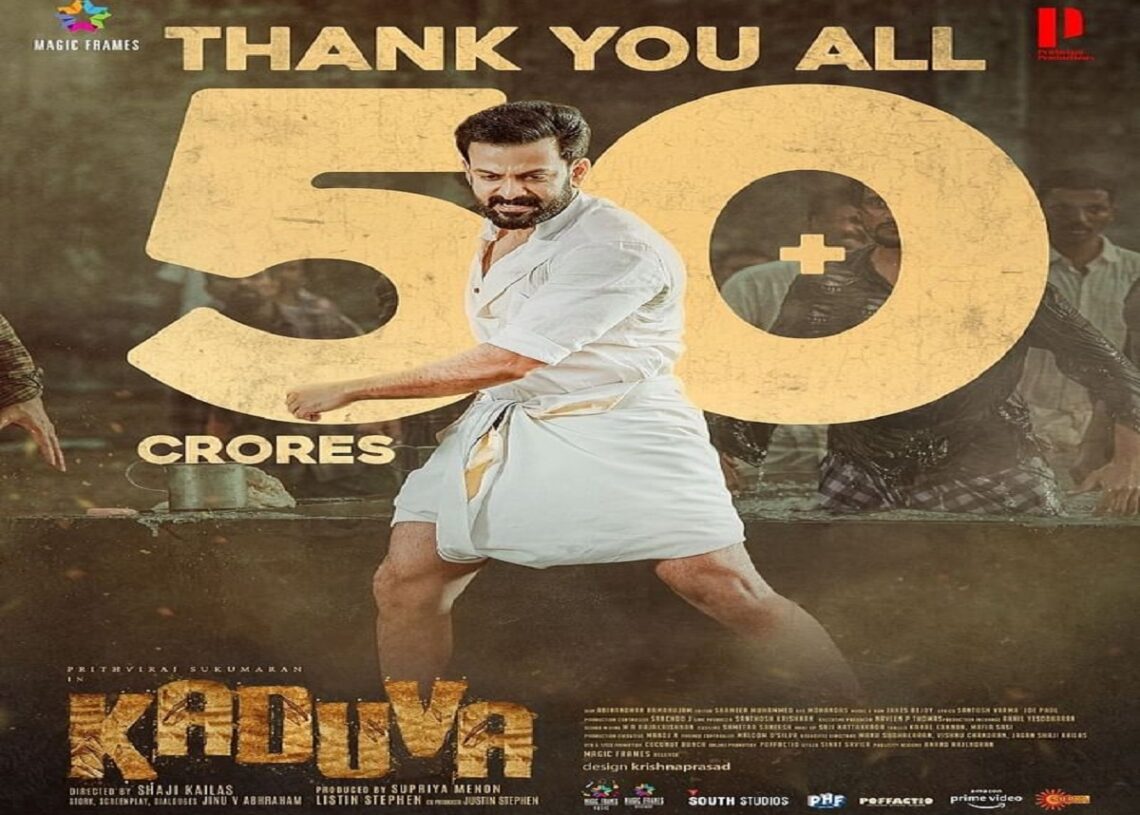 Bollywood actor Prithviraj Sukumaran’s latest action entertainer ‘Kaduva’ has crossed Rs 50 crores in the worldwide box office collection. Directed by Shaji Kailas, the big-budget mass entertainer hit the screens in July and had minted over Rs 15 Crores worldwide in a matter of just three days of its release.

Though there had been reports doing the rounds on social media that the movie entered the 50 Crore club, now the makers have officially confirmed that the film has crossed Rs 50 crores.

Malayalam actor Unni Mukundan has showered praises on actor Prithviraj for ‘Kaduva’, saying that it was high time Malayalam cinema came up with movies that were genuinely entertaining.

Taking to Instagram, Unni Mukundan said: “Saw ‘Kaduva’ and loved it!! High time Malayalam movies came up with movies that are genuinely entertainers. For the masses!”

“This is the kind of Prithvi that I personally love to see on screen full of energy and flamboyance. Very few actors pull (off) such stuff with ease. He is a pro in this format!,” he said.

“Again a goosebump moment was to see Shaji Ettan’s name on the screen and he is rocking too! My dear friend Rahul too has scored awesome in this celebration! Terrific promotions too!! Big congratulations to team Kaduva! And thank you Prithiviraj for the fireworks!”