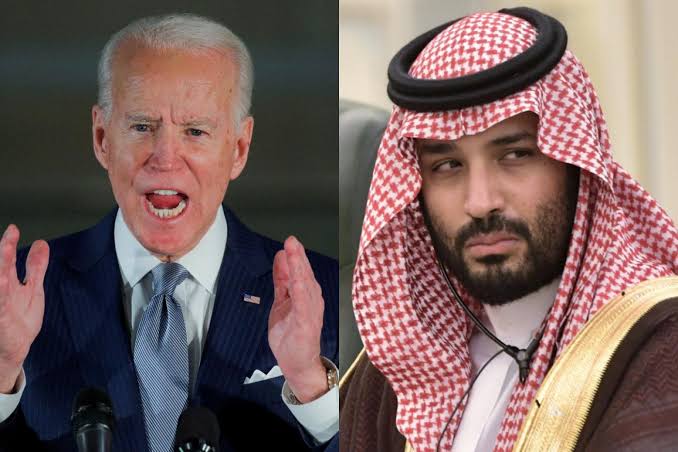 Leaving behind the bitterness of the Jamal Khashoggi episode, US President Joe Biden is all set to meet Saudi Crown Prince Mohammed bin Salman during a trip to the Middle East in July

The visit to the oil-rich kingdom comes as Biden is trying to find ways to lower US gasoline prices. The group of oil-producing nations called OPEC+, led by Saudi Arabia, recently agreed to boost oil production to help bring down prices.

Earlier, a senior US official said that Biden would meet with Prince Mohammed, Saudi Arabia’s de facto ruler, but the White House statement made no mention of the meeting.

Asked about the omission aboard Air Force One, press secretary Karine Jean-Pierre told reporters, “Yes, we can expect the president to see the crown prince.”

Earlier this month, the White House said Biden still considered the crown prince a pariah over the 2018 murder of Washington Post journalist Jamal Khashoggi in Turkey. US intelligence concluded that Prince Mohammed approved an operation to capture or kill Khashoggi, a critic of the regime.

The senior official, speaking on condition of anonymity, said if Biden “determines it’s in his interest to engage with any particular leader, and if such an engagement can deliver results, then he will do so.”

The official pointed to the crown prince’s role in help in securing an extension of an UN-brokered truce between Yemen’s warring parties as an example of the need to engage with Saudi Arabia as a way to help bring peace and security to the region.

The diplomacy and the president’s trip signify an effort to repair the rupture in relations stemming from Khashoggi’s murder. American intelligence concluded that Prince Mohammed ordered the hit team that killed and dismembered Khashoggi at a consulate in Istanbul.

Weeks after taking office in January 2021, Biden released the intelligence report on Khashoggi’s murder as a statement of accountability and imposed sanctions on some of those involved in the killing. But he took no action against Prince Mohammed, drawing criticism.

Asked whether Biden would raise Khashoggi’s murder in Saudi Arabia, White House National Security Council spokesperson John Kirby told CNN that Biden has spoken about the case in the past and that “human rights are always on the agenda when we’re meeting with counterparts all over the world.”

During the stop in Israel, Biden will emphasize the US commitment to the country, which includes billions in military support.

He will also hold a virtual summit with the leaders of Israel, India, and the United Arab Emirates as a way to demonstrate that regional partnerships extend beyond the Middle East, the official said.

While in the West Bank, the official said that Biden plans to meet with Palestinian President Mahmoud Abbas and other leaders to reaffirm his commitment to a two-state solution between Israel and Palestine.

He will end the trip in Saudi Arabia where he will meet close to a dozen leaders from Kuwait, Oman, the United Arab Emirates, Bahrain, and Qatar, as well as Iraq, Jordan, and Egypt.