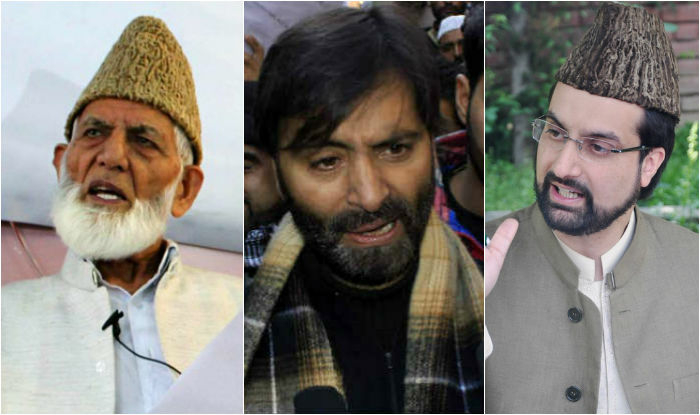 Joint Hurriyat called for a state-wide shutdown on Wednesday to protest the use of “unbridled force” on unarmed civilians in Shopian after the killing of the militants.

“The leaders including Syed Ali Geelani, Mirwaiz Umer Farooq and Mohammad Yasin Malik have called for a march to Mazar-e-Shuhada Naqshband Sahib in Srinagar on July 13 to pay tributes to all martyrs and other civilians killed in separate incidents by brutal forces,” a statement from the Joint Hurriyat said.

“Leadership along with people and party workers will march towards Mazar-e-Shuhada after Friday prayers on July 13 to offer joint Fateh Khawnee to all martyrs,” it added.

Joint Hurriyat, while referring to Sonawari Hajin gruesome incident, wherein an innocent lady was brutally stabbed to death by some criminals, said that in presence of heavy contingents of army personnel the culprits barged into a house and after killing a woman fled away unnoticed with belongings from the scene.

“Joint Hurriyat blamed authorities for reviving renegade forces and said that the commitment and resolve of the people with ongoing movement has frustrated authorities and as such are resorting to such underhand and mysterious tactics to force people and resistance camp into submission,” they added.

Appealing people to foil any attempt aimed at to evolve misgivings and disunity among various sections and religious sects of society, Joint Hurriyat cautioned about the conspiracies being hatched by fanatical and communal sections.

Resistance leadership said that since the human rights violation report was made public by UNHRC, the authorities feel unnerved and as such feel desperate to tarnish the bond of unity among various sections of society in occupied J&K.

The leadership stressed people to maintain harmony among different sections in state and blamed authorities and their agencies, saying they are targeting various sections, particularly Sikh community and added we will never allow these miscreants to play with sentiments of different communities living in state.

JRL expressed deep concern over the unabated arrests and detention of civilians, youth, leadership and political activists across occupied state and added that reports pouring in reveal that people from Hyderpora, Srinagar, Kulgam, Islamabad and other places were arrested during night raids.