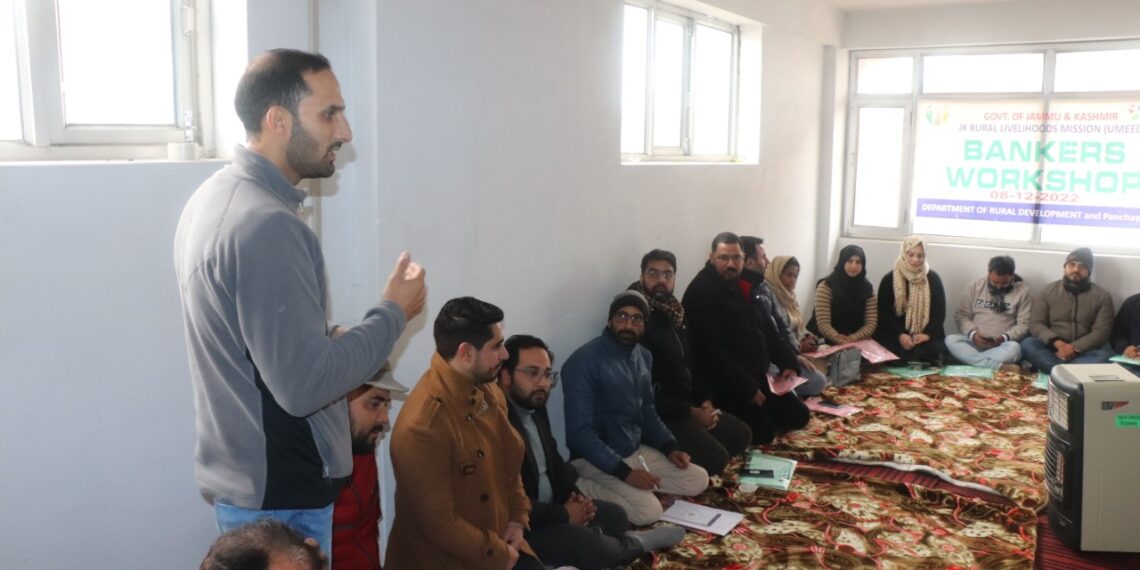 PULWAMA, DECEMBER 07:  The Jammu and Kashmir Rural Livelihood Mission (JKRLM) Pulwama today conducted a Bankers workshop at DMMU Pulwama to iron out the banking gaps with respect to Self Help Groups.

During the workshop SHG members raised the issues faced by them while dealing with the banks including delay in opening of bank accounts, delay in disbursal of loans, mandatory Leadership changes and behaviour of banking staff towards SHG members.

The bankers assured their full cooperation from their end and cited reasons for the delay in some cases due to new rules. However, they assured to prioritize the issues of the SHG community with immediate effect.

The banking officials were also briefed by the JKRLM DMMU team, which included DPMs of all the themes about the importance of NRLM in the lives of rural poor.

A special session for understanding the structure and functioning of CBOs was conducted for bankers’ understanding of NRLM and its core beliefs.

Team Pulwama also took the initiative of distributing stationery for the event which was prepared by SHG members which added to their earning avenues.