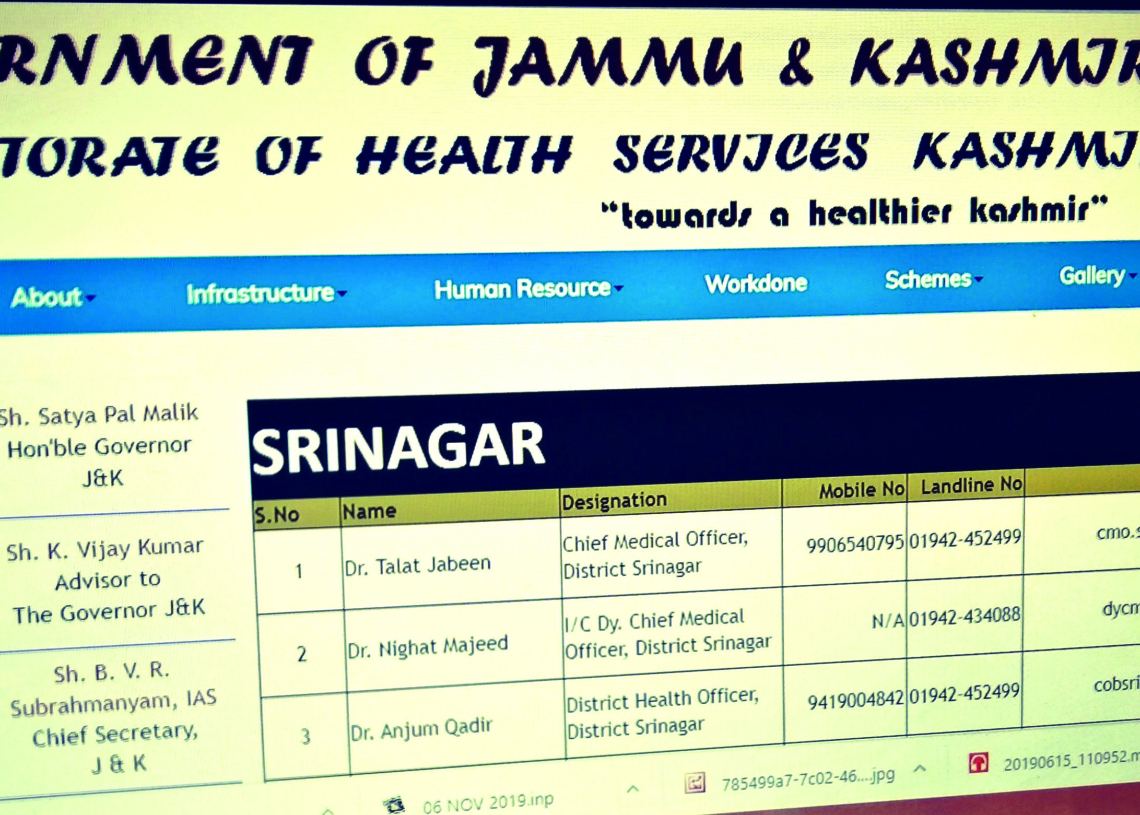 Srinagar, Nov 12: For different government departments, Jammu and Kashmir is still a state with its own flag.

Sample this: Satya Pal Malik is still shown as Governor on the official website of Directorate of Health Services, Kashmir.

Malik was recently appointed as Governor of Goa while Girish Chandra Murmu took over as Lieutenant Governor of J&K on October 31.

On August 5, Centre abrogated Article 370 and from November 1, the state was officially bifurcated into two union territories, Jammu and Kashmir, and Ladakh.

A picture displayed on the General Administration Department website shows erstwhile J&K’s state flag on the civil secretariat Srinagar.  The state that was governed through its own constitution has lost legal status and the state flag.

The websites of the Jammu Kashmir Power Development Department and State Electricity Regularly Commission have neither been updated and nor its old information has been removed.

In fact websites of most of the departments are either not updated or defunct.

Jammu and Kashmir Government Spokesperson Rohit Kansal said he will take up the issue with concerned departments for updating official websites.