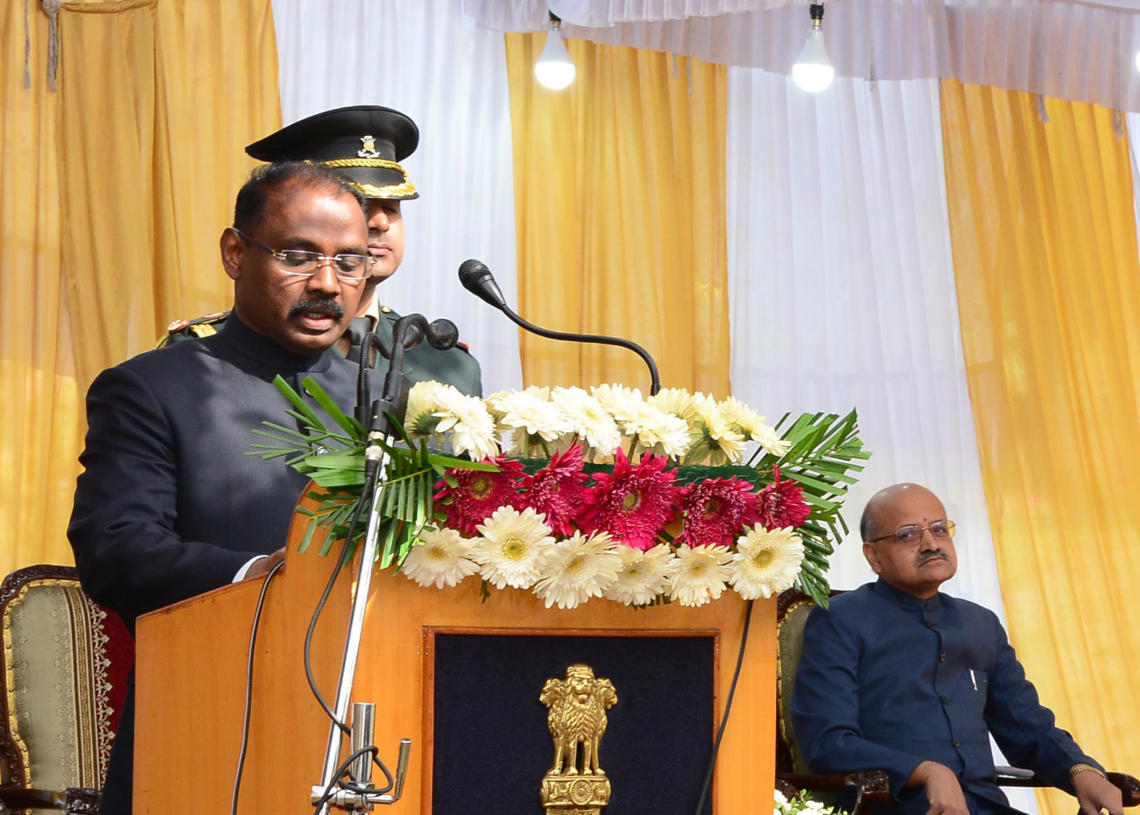 Srinagar, Oct 31:Girish Chandra Murmu and Radha Krishna Mathur were sworn-in as the first Lieutenant Governorsof Jammu and Kashmir, and Ladakh respectively, as the state of Jammu and Kashmir was officially bifurcated into two Union Territories on Thursday.

Murmu was administered the Oathof Office and Secrecy by Justice Gita Mittal, Chief Justice of Jammu and Kashmir High Court, at a function held at the Raj Bhavan (which from now onwards will be called as Raj Niwas) here on Thursday.