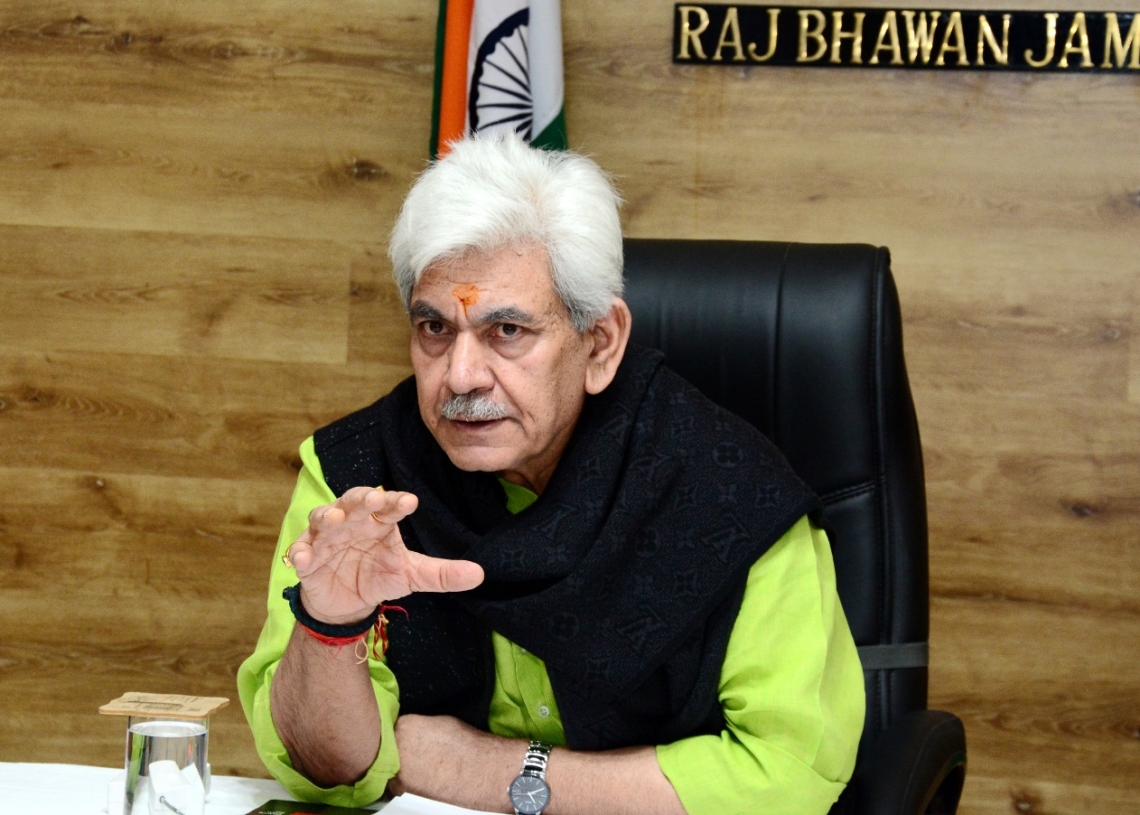 Jammu: Jammu and Kashmir’s Lieutenant Governor Manoj Sinha Monday said that those demanding early assembly elections in the UT must cooperate with the delimitation commission to complete the exercise at the earliest.

He said instead of criticizing the delimitation process and staying away from the exercise, the politicians who want early assembly polls must help to end the exercise. “Once the Delimitation exercise ends in J&K, the Election Commission of India will assess the situation and accordingly announce the poll dates,” he said.

Asked about the growing incidents of militancy in Srinagar, the LG Sinha said that only two incidents have happened in the city and a module involved in the attack on a Dhaba owner was busted and three accused arrested. “In the second incident, two policemen were killed, who were unarmed. I condemn such acts. Let me tell you that militancy won’t be allowed to grow at any cost,” he said.

On PDP chief Mehbooba Mufti advocating dialogue, he said that India’s Ministry of External Affairs (MEA) will take care of such things. (KNO)