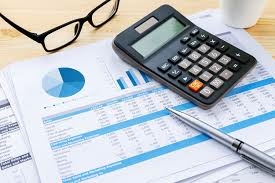 Srinagar: Post abrogation of Article 370, the Governor-led administration has gone into an overdrive and kick-started early budget preparations for the next fiscal.

This time the government has started the process two months early in a bid to give ample time to the planners for preparing development-oriented budget.

Sources said the government wants a people-friendly budget since it will be the first finance bill post abrogation of Article 370, 35 A and bifurcation of the state into two union territories.

Sources said earlier the Finance Department would get less time to finalise the budget as the administrative departments were usually submitting their proposals in November.

The departments have been directed to carry out due scrutiny of estimates and forward recommendations to the Finance Department by September 30, 2019.

“The Finance Department has been noticing huge variations in the actual expenditure of the preceding year as shown by the departments and the numbers as shown by the accountant general in the annual finance account of that year. This has been viewed seriously. Care should, therefore, be taken to reflect the correct and duly reconciled expenditure,” read the government’s instructions to the administrative departments.

The departments have also been directed to provide year wise list of number of daily wagers and casual workers from 2015 to 2018.

Similarly, the heads of departments have been told to furnish the details about the number of regularized daily wagers who have been adjusted against available vacancies.

“Expenditure against authorization of funds by Finance Department under SDRF against each item of expenditure shall be reflected in a properly tabulated form by the concerned departments, supported by notes giving all relevant details. The information shall also be sent to the Revenue Department being the nodal department for compilation,” add the instructions.

The departments have also been told to provide details about the contractors pending liabilities for carrying out major developmental works.

“No item of expenditure not covered under these guidelines shall be adopted by the Finance Department. Estimates for airlifting charges are required to be consolidated by the Civil Aviation Department separately for each category namely SRE, normal (Non-SRE), Tourism, strictly in accordance with the new format devised by the MHA,” read the instructions.