J&K COVID deaths: ‘93% victims were unvaccinated, rest had received only one dose’ 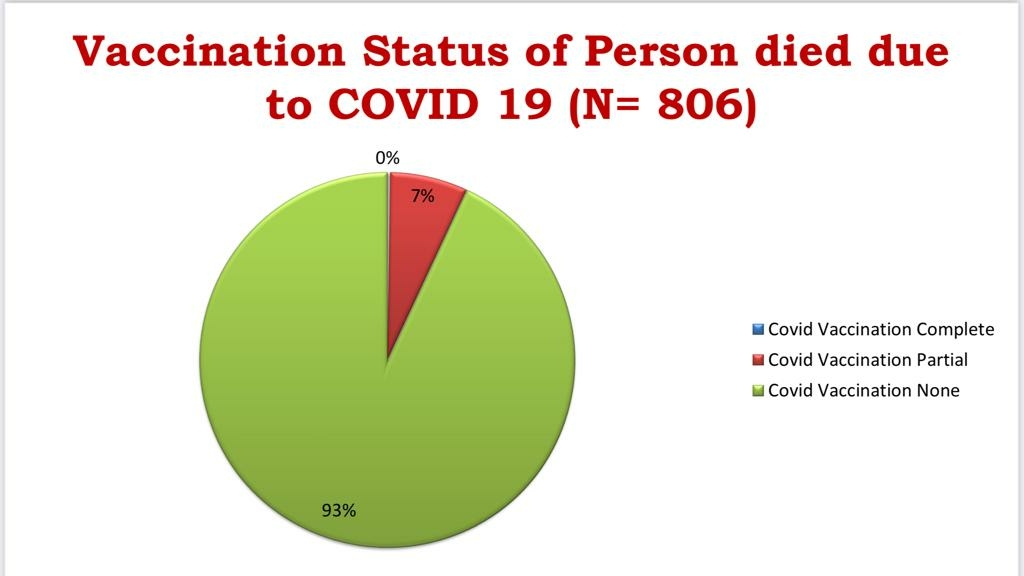 Srinagar: Of the number of deaths that occured in Jammu and Kashmir in the last month, 93% of the patients had not been vaccinated, while the remaining 7% had received only one dose, official figures revealed on Friday.

“An analysis of COVID mortality in J&K UT between 15 Apr-12 May. 93% of COVID +ve critical cases who died in this period were unvaccinated, 7% were partially vaccinated – Hence clearly establishing that vaccination hugely reduces chances of death,” revealed the data released by National Health Mission, J&K on its official Twitter handle on Friday.

The NHM, J&K also put out the data showing how delayed testing could be fatal.

“DELAYED TESTING CAN BE FATAL: 46% of deaths occurred within 3 days of Testing +ve thus indicating that they were well into late stages of infection before they got tested. So, DONT BE IN DENIAL of your symptoms and get tested immediately so that treatment could start early,” it said in another tweet.

It also warned about delayed hospitalisation and suggested people to reach to a healthcare facility as soon as the Oxygen level go below 90.