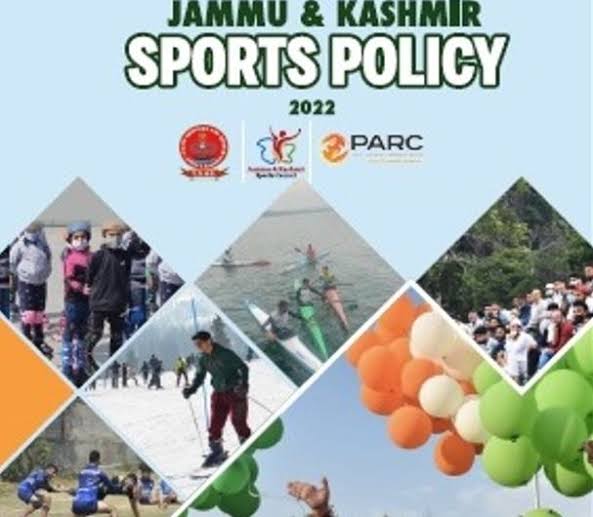 Srinagar: In the last two years, Jammu and Kashmir has encouraged youth across the Union Territory to participate in sports and ignited what we can call an ocean of talent.

The J&K Sports Policy 2022 prescribes universal wellness and fitness through sports from the grassroots to the international level. The sports caliber of the youth paired with the Centre’s encouragement through facilities and sports infrastructure has brought about a sports revolution in Jammu and Kashmir.

The government has sanctioned Rs 200 crore under the Prime Minister’s Development Package for the up-gradation of sports infrastructure. Last month, the UT government reconstituted the J&K Sports Council, now headed by Lieutenant Governor Manoj Sinha as President. The LG believes that J&K has major sports potential, and the promotion of sports is high on his agenda.

The Pencak Silat Association of J&K, under the guidance of the Indian Pencak Silat Federation, is conducting a coaching camp at Srinagar. The camp will prepare the Indian team consisting of 40 members from across the nation for the World Pencak Silat championship scheduled to be held at Malika, Malaysia.

The J&K Sports Council has sponsored the local athletes. Just last week, it held Anantnag district Pencak Silat Championship which drew 260 male and female participants from all age groups. Martial arts are a hot commodity in the Union Territory.

For an international championship scheduled to be held in Germany and Australia, 19 powerlifters have been selected from J&K. Five men from the Union Territory were selected last week to participate in the National Equipped Power Lifting Championship, which was held at Hyderabad from July 5-10.

On July 10, the J&K Judo Association organized a two-day district championship in Kathua district in all three categories — sub-junior, junior, and senior. Judo has always been favored by the masses in UT across all ages.

Last year, two judokas from J&K were selected along with four other players from the rest of the country to compete in the World Deaf Judo Championship in France. Since then, enrolment in judo classes has seen an all-time high in J&K.

Earlier last week, the J&K boxing team participated in the Youth National Boxing Championship in Chennai. The team is sponsored by the J&K Amateur Boxing Association under the guidance of the J&K Sports Council.

Last month, J&K fencers wielded their swords to the pinnacle and furnished a few titles to their names in the 30th Junior National Fencing Championship held at Cuttak. The boys’ Sabre team, the gold medallists of last year, once again won the gold.

The men’s Epee team bagged the bronze in a close contest with Madhya Pradesh. In the girls’ Sabre, two girls from J&K displayed their finesse in the sport and won the silver and the bronze; the girls’ team won the gold. J&K’s medal tally stood at five (2 gold, 1 silver, and 2 bronze).

Fencing has gained much popularity in J&K in the last two years. The Sports Council’s fencing academy and the Khelo India Centre of Excellence for fencing, which has been set up in Jammu, provide all the modern equipment and gadgets necessary for J&K’s fencers to carry forward the momentum and achieve greater feats at the national and international level.

This year, Jammu, Kashmir, and Ladakh regions held five cricket tournaments over the past three months. These tournaments are held in a manner to scout the best talent by the J&K Cricket Association.

The Ladakh Sqay Association under the aegis of the Sqay Federation of India inaugurated the inter-state National Sqay Championship in Ladakh last week. More than 150 players are participating in the event.

Ever since Ladakh became a UT, coaching, and participation in martial arts such as taekwondo, Sqay, as well as boxing, have witnessed a steep rise. The government’s sports schemes and indoor infrastructure for these sports have benefited the players tremendously.

To foster the golfing circuit in Jammu and Kashmir and build sensitivity around this sport, a golf tournament was organized last week at the Royal Springs Golf Course in Srinagar and the Lidder Valley Golf Course in Pahalgam. The tournament witnessed the participation of 88 golfers from the Addicts Golfing Society in south India and their local counterparts.

The Department of Tourism personally handled the arrangements of the participants and other agencies seeing that the golf courses across the UT with their unparalleled beauty also become a tourist attraction.

All government departments in J&K work in sync with one aim the promotion of J&K and its potential to the outside world.

The J&K government is committed to taking the best sports facilities and opportunities to every corner of UT. These initiatives act as catalysts in promoting performance and competition amongst the players and spark interest in sports for others.

After three decades of living under the shadow of terrorism, the youth finally have a chance to channel their energies towards sports, education, and entrepreneurship.