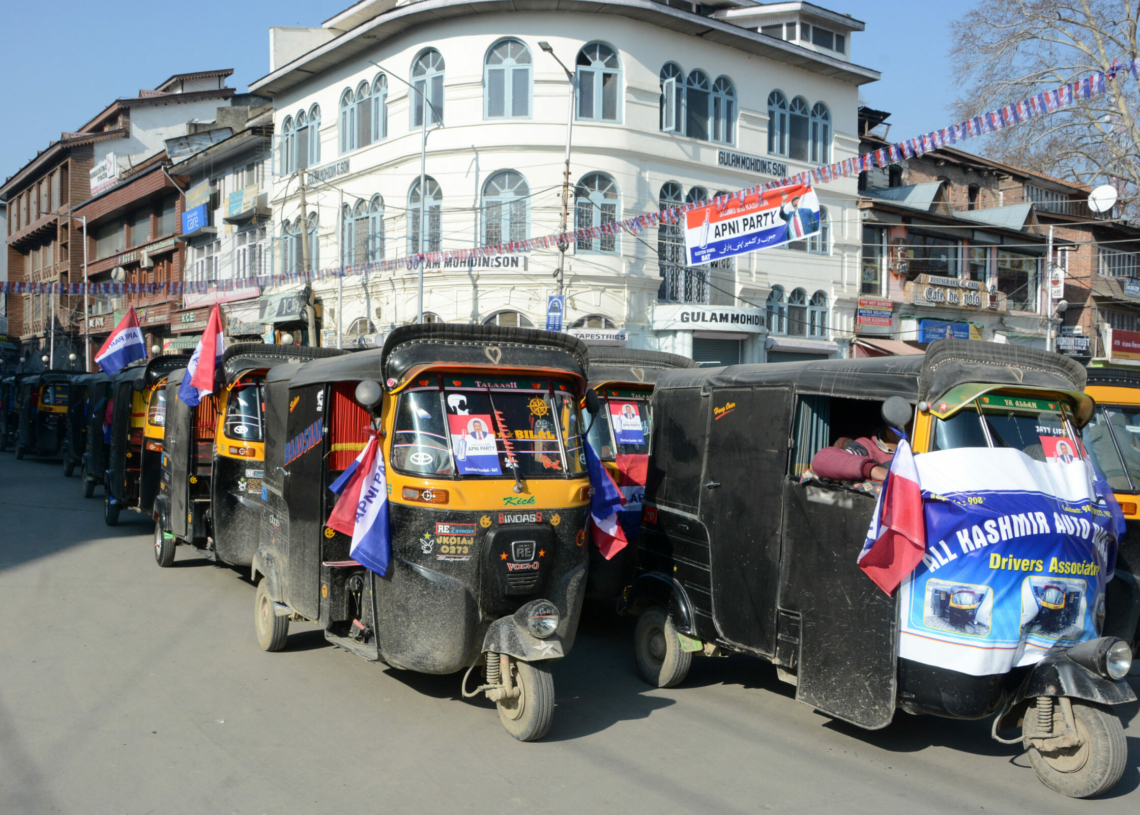 A number of party workers and commoners attended the convention headed by party president Altaf Bukhari who was flanked by Srinagar Mayor Junaid Mattu, the most recent entrant in the party.

People were seen jostling for Biryani at the convention as Bukhari and other leaders spoke of “development”.

“People ask why have we come with a party. Rong manz kong fol kyazi draaw . Different people have made different assumptions about us. But we wish someone had asked us. I would have told them that we came together to heal the pain that we all have been enduring for a long time,” Bukhari said while addressing the people.

He said that the early snowfall has brought cheers to the tourism players.

“I feel for them (tourism players). My brothers, there is a history of Srinagar city. We have fallen many a times but have again stood up. Be it floods of 2014 or any other catastrophe, we have fought it,” he said.

He then talked about unemployment, and other social issues.

“We know in Srinagar people don’t have land like villagers where they will cultivate food. There are limited options here,” he said.

Talking about the damaged sewage system in Srinagar, Bukhari said that “Allah should give more strength to Junaid Mattu who (as a Mayor) has taken up the responsibility to make Srinagar a smart, attractive and beautiful city.”

Taking a dig at regional parties like PDP and NC (without naming them), Bukhari said that while people have been soft towards them it shouldn’t be taken as a sign of their weakness.

“We do endure but when it crosses the limits, probably that day we will not spare those powers who, for the last 70 years, have been betraying us,” he said.