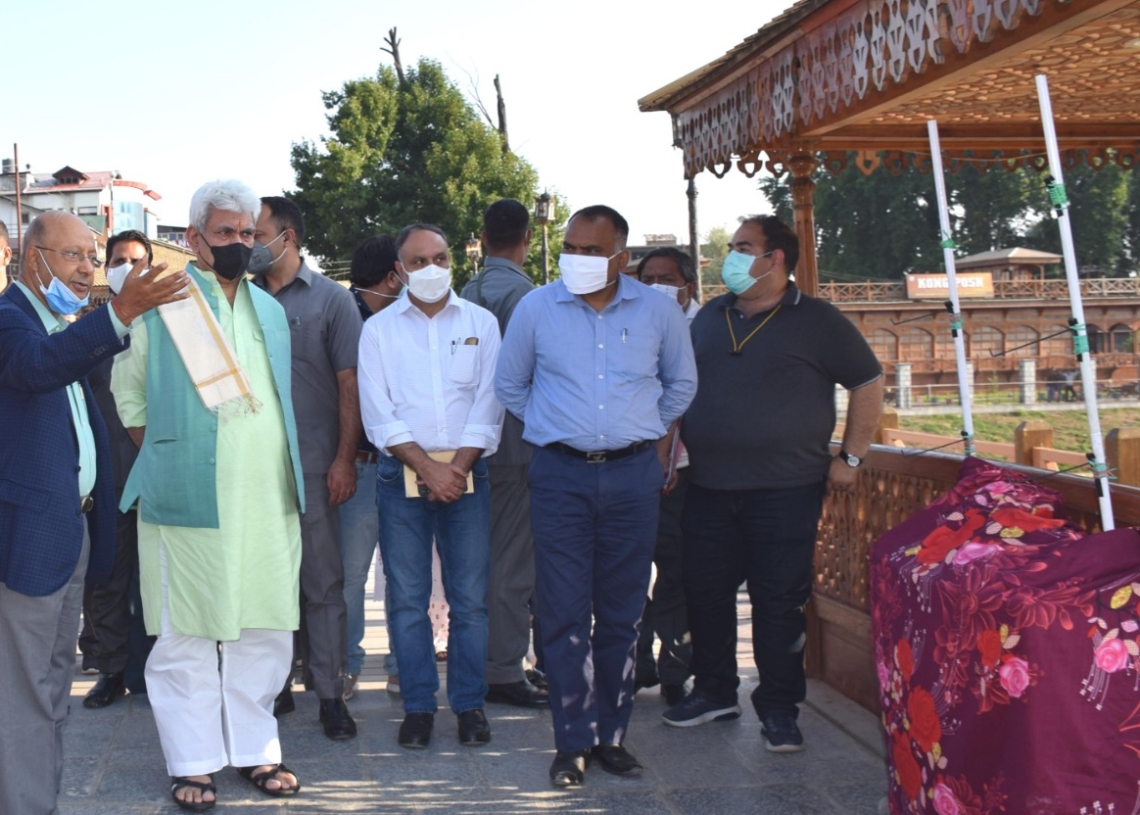 Jhelum river reflects the culture and history of the valley. It is important to ensure scientific execution of work keeping in view the aesthetic value of the river, besides taking the ecology factor into consideration, the Lt Governor told the officials.

During his visit, the Lt Governor enquired about the mechanism being laid down for the development of upcoming attractions and facilities to be made available to the visitors.

He also took stock of the works being executed under different components of the project including the development of pathways along Jhelum revetment, public utilities, embankment along riverbank, parks, Wi-fi zones and illumination work.

The Lt Governor passed specific directions to the concerned officers for completion of the project within the set timelines without any delay.

On being informed that the project is being executed in convergence of various departments, the Lt Governor directed for maintaining proper inter-departmental coordination, adopting best practices, and applying the learning gained from the experts for getting desired results on ground.

It was informed that in the first phase, 2 km stretch from Zero Bridge to Amira Kadal will be developed by the month of September.
Officials of Irrigation & Flood Control Department and Floriculture Department also briefed the Lt Governor about the roadmap prepared by their respective departments.

Pertinently, the UT Government is giving impetus to the speedy completion of all the other important water projects. Tawi Riverfront has also took momentum now and experts were roped in for the execution of this prestigious project.