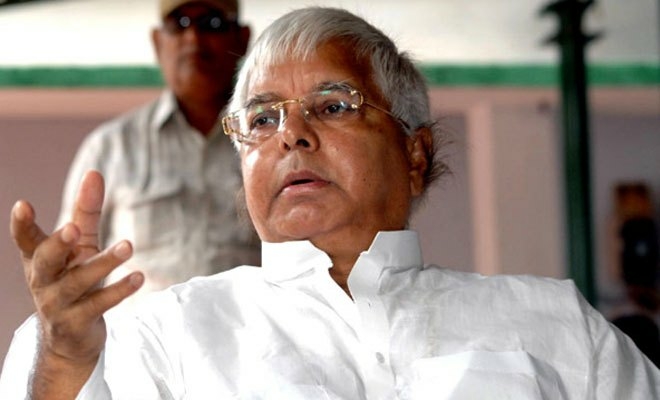 Ranchi: The Jharkhand High Court on Friday extended the provisional bail of former Bihar chief minister Lalu Prasad, convicted in four fodder scam cases, till August 27.
Granting the extension of the provisional bail, the bench of Justice Apresh Kumar Singh fixed August 24 as the date to hear the bail petition.
Senior advocate Chitaranjan Sinha appeared for the RJD leader. The court had on August 10 extended the provisional bail till August 20 on medical grounds.
The high court had on May 11 granted six weeks provisional bail to the RJD supremo on medical grounds and again extended it till August 14.
Prasad has been convicted in four cases of the multi-crore rupees fodder scam.
The cases relate to illegal withdrawal of money from government treasuries in different districts for the animal husbandry department in undivided Bihar in the 1990s when the Rashtriya Janata Dal was in power in the state.
On September 30, 2013, he was convicted in the first fodder scam case related to the Chaibasa Treasury.
The former Bihar chief minister was again convicted in another case related to the Chaibasa Treasury on January 24, 2018. On February 23 and March 19, he was convicted in cases related to the Deoghar Treasury and the Dumka Treasury respectively.