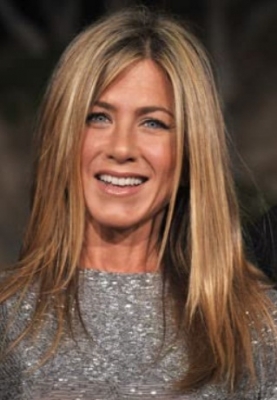 Los Angeles: Actress Jennifer Aniston should no longer have any problems falling asleep. The “Friends” alum revealed that she had turned to professional help after decades of dealing with horrible insomnia.
In an interview with People, Jennifer talked about her struggle with insomnia throughout the years. It had become a huge problem that it affected her daily lives.
According to aceshowbiz.com, the superstar actress finally sought help from a doctor which is something she “absolutely recommends people do.”
She also joined a new campaign, “Seize the Night and Day”, to advocate about the importance of getting help for insomnia and where people can find advice to deal with their own sleep issues.
‘The Morning Show’ star confessed that she did not consider her sleeping problem as a priority in the past, resulting in her putting off to get medical treatment. However, in the last few years, she realised that she needed to fix it.
“It became something that I really was struggling with. It used to be the last thing on the list,” she told the outlet, “but you can’t really abide by the three pillars of health — which are diet, exercise and sleep — if you can’t really exercise and you can’t really eat right if you haven’t slept well because your body clock is so completely thrown off.”
In addition to professional help, Jennifer found a nighttime ritual that helps her sleep better at night.
The 53-year-old actress said that she makes time to wind down, do some stretches or yoga and leave her phone out of her room. She also tries to “make bedtime the same every night, which is challenging for us actors, because if we’re on a movie, the schedule is all over the place.”
Somewhere in the interview, the actress said that before getting professional help to fix her sleep issues, going to bed felt “almost like walking the plank.”
She shared that her struggle with insomnia, sleepwalking and sleep anxiety had made her dread another night of “counting cracks in the walls.”
Every time she tried to go to sleep, she ended up watching the clock which was “a big no-no,” because it made her focus on how much time was passing and the hours of shut-eye she was missing.
The actress said that every time she felt worried about losing hours of rest, it became “harder to fall asleep.”
The ‘We’re the Millers’ actress used to also sleepwalk. Thankfully, it has stopped. “I have been known to do that. I’ve been woken up by house alarms going off that I’ve set off.”
“And I don’t think I do that anymore — that was when I was super sleep deprived,” she said, “The body is saying, ‘Now don’t go out and set the alarm off again, okay?’ “
Aniston guessed that her insomnia started when she was around 30 years old.
The actress noted that when she was younger she did not notice the effect of a lack of sleep because “when we’re younger, we’re so invincible.” She used to accept the fact that she could not sleep very well but soon realised how it affected “your day and your work and your mind function and your physique.”