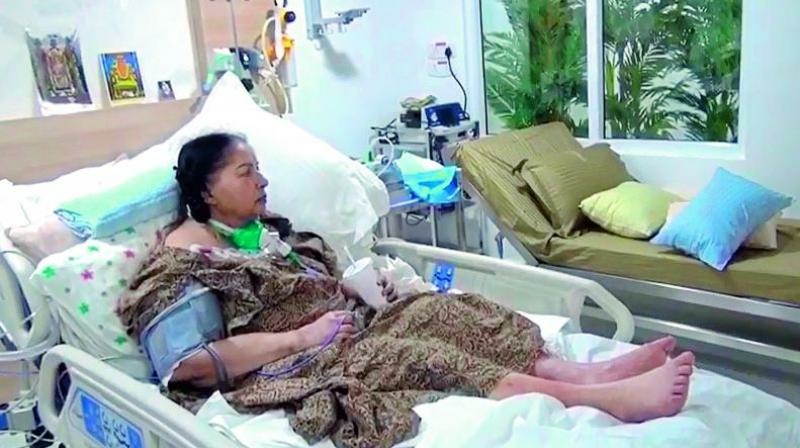 Chennai: A Rs 6.85 crore bill of Apollo Hospitals for the 75-day treatment of late Chief Minister J Jayalalithaa in 2016, submitted recently to a panel probing the circumstances leading to her death, has gone viral in the social media.

Though an amount of Rs 41.13 lakh is shown as being received by the hospital on October 13, 2016, no mention is made of who made that payment.

When contacted about the leak of the bill, both the Justice A Arumughaswamy Commission of Inquiry and a legal counsel for the hospital in the panel denied dissemination from their respective sides.

The bill is, however, genuine and it was submitted in the panel on November 27, 2018, the hospital counsel said.

“The bill summary is not a complete factual reflection of all the details because the details were produced in more than 200 pages. We are surprised and shocked that a confidential document, which was submitted to the commission on November 27, is out in the open,” hospital counsel Maimoona Badsha told PTI.

Under the head ‘food and beverage services’, which shows Rs 1,17,04,925, the counsel said it includes a whole lot of people like visitors. The break-up shows consultation fee as Rs 71 lakh.

A UK based doctor Richard Beale was paid Rs 92 lakh and a Singapore based hospital Rs 1.29 crore for professional charges respectively and room rent was Rs 1.24 crore (which includes the cost of occupancy of several rooms by her attendants) during the late leader’s hospital stay.

Jayalalithaa had passed away on December 5, 2016 after being treated in the hospital for 75 days from September 22, 2016 for various ailments.

In September 2017, the state government had constituted the probe panel under the Commissions of Inquiry Act, mandating it to inquire into the circumstances leading to Jayalalithaa’s hospitalisation on September 22, 2016, and treatment provided by the hospital till her demise.