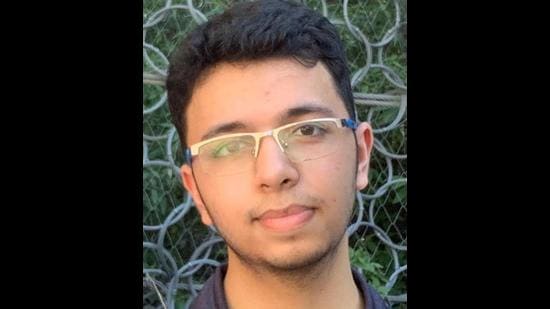 Tanmay Gupta, 18, from Jammu has created history by becoming the first from Jammu and Kashmir to be the national topper of NEET 2021.

Tanmay scored the perfect 720 out of 720 and secured All India Rank 1 among more than 16 lakh students who appeared in national-level test September 12.

“I am glad that I could make my UT proud by bringing it on the forefront of our nation, as Jammu & Kashmir being part of the country is still kept separated as far as medical admissions in premier institutions of other country are concerned,” he said as per a report by Hindustan Times.

Tanmay’s success story, as per the report, began right from Class-10. After he scored 100% in both Science and Maths in Class-10 CBSE board exams, his parents Dr Akshay Gupta and Dr Shivali Gupta, both practicing doctors, felt that Tanmay should get an opportunity to polish his potential in a more competitive environment with other children of the country.

With this in mind, they took the tough decision of sending their only child away from home, to DPS R K Puram in Delhi.

Tanmay said students from J&K have as much potential as others in the country.

The 18-year-old adds that consistency is the key. “I used to study for three to five hours a day after school and whenever it was holiday, I’d increase the hours to seven to eight hours. I always set a target for each day, and when I accomplished that, it used to give me sense of euphoria and motivated me to further work towards my target,” he said.

“With an aim to get admission in one of the best institutions of the country, Maulana Azad Medical College, Delhi in my mind, I left my hometown to pursue Class 11 and 12 from Delhi, but God had different plans for me and I was blessed to be eligible to be selected in India’s top institution in medical sciences–AIIMS Delhi,” he said.