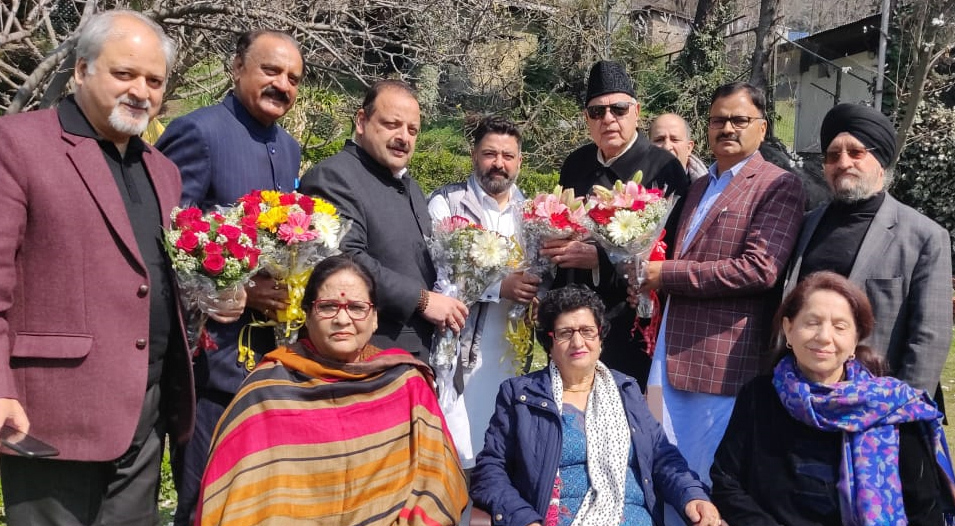 “We welcome the release of Dr Farooq Abdullah and hope early release of all the detained political leaders including the two other former Chief Ministers Omar Abdullah and Mehbooba Mufti”, Provincial President Jammu Devender Singh Rana said in an interaction with the media.

Rana said restoration of democratic activities has become imperative in view of the political vaccum. For this a conducive political atmosphere has to be created, he said, adding this is only possible when all the detained leaders and workers are released.

The Provincial President described Dr Farooq Abdullah as a symbol of mainstream politics in Jammu and Kashmir, saying his role in nation building and political stability in Jammu and Kashmir has been immense. He referred to his huge contribution in steering J&K to peace and development at a time conditions were very difficult over two decades ago.

To a question, Rana said the future course will be discussed by the National Conference Working Committee when all the detained leaders including Vice President Mr Omar Abdullah are released.

Earlier, on their arrival here, the National Conference leaders called on Dr Abdullah and spent nearly two hours with him.