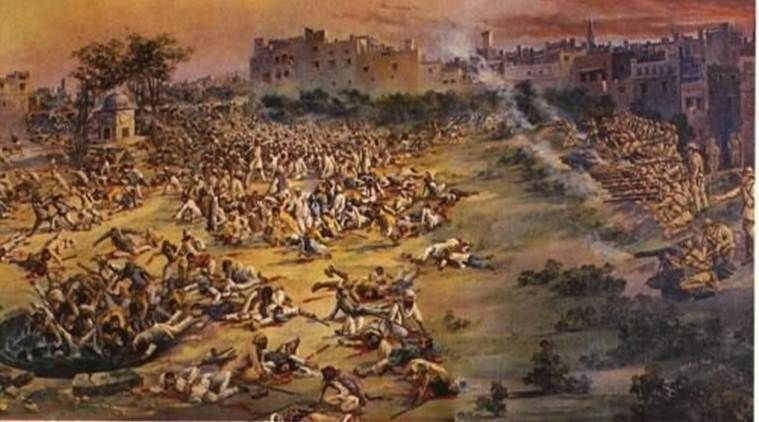 THE massacre at JallianwalaBagh in Amritsar was executed on April 13, 1919 — a hundred years ago today. Quaid-i-Azam Mohammad Ali Jinnah sent his telegram of protest to the secretary of state of India, Edwin S. Montagu, in these terms:

“The Council would therefore, before it is too late, respectfully draw the attention of the secretary of state for India to the state of public feeling here on this question, which will not be satisfied unless strict justice is meted out to those responsible for the Punjab atrocities, and earnestly urges that H.M.’s secretary of state for India will give the fullest consideration to the report of the Punjab Inquiry Committee appointed by the Indian National Congress along with the official Hunter Committee’s report, and hopes that such action will be taken against the offenders as will make a repetition of such atrocities impossible in the future.”
As president of the All-India Muslim League session in Calcutta, Mohammad Ali Jinnah delivered a famous speech on Sept 7, 1930, in which he said:

“What we want is true political freedom of the people, not posts and positions in government. Secondly, the unusual haste displayed in the passing of the Rowlatt Act before the new Council, and contrary to universal opinion, only goes to illustrate the policy of the government. And when, in the Punjab, this universal opposition against the Rowlatt manifested itself through constitutional methods, it fell to the lot of the lieutenant-governor to dishonestly characterise it as ‘open rebellion’.

Only his administrative genius could have conjured up a vision of ‘open rebellion’. Martial law was introduced; the manner and circumstances of its proclamation and its administration was calculated to destroy political freedom, political life, not only in the Punjab but throughout India, by striking terror into the hearts of its people.

“The majority report of the Hunter Committee is one more flagrant and disgraceful instance that there can be no justice when there is a conflict between an Englishman and an Indian. The government of India, with its keen sense of humour and characteristic modesty, proceeds to forward a resolution in its despatch to the secretary of state commending its conduct, blind to the fact that they were in the position of an accused passing judgment.“Now, let us turn to the great ‘error of judgment’, the judicious finding of the cabinet which itself is no less an error of judgment and that was duly wired to us by Reuters. To follow up events in sequence, I must mention the parliamentary debate which forgot the Punjab and discussed General Dyer. Of course Mr Montagu hadn’t the time to put India’s case before the House, being far too busy offering personal explanations. And then the blue and brainless blood of England, to their crowning glory, carried the infamous resolution of Lord Finlay.

And what of the sacred land of the crescent and star and the blue and golden Bosporus — its capital seized and the Khalifa virtually a prisoner, its territories overrun by Allied troops — groaning under an imposition of impossible terms. It is a death warrant, not a treaty.

“These are the enormities crying aloud, and we have met today face to face with a dangerous and most unprecedented situation. The solution is not easy and the difficulties are great. But I cannot ask the people to submit to wrong after wrong. Yet I would still ask the government not to drive the people of India to desperation, or else there is no other course left open to the people except to inaugurate the policy of non-cooperation, though not necessarily the programme of Mr Gandhi.”

At the famous Nagpur session of the Con­gress in December 1920, Mohammad Ali Jinnah said:

He left the Congress, never to return.

The massacre at JallianwalaBagh in 1919 marked the turning point in the campaign for India’s independence, of which the infamous Rowlatt scheme marked a beginning — no vakil, no appeal, no daleel. Mohammad Ali Jinnah’s language became stronger.

In adopting this position, Mohammad Ali Jinnah spoke up not only on the immediate one but the wider one too. JallianwalaBagh illustrated the futility of British coercion. India and Pakistan share many things in the subcontinent’s history, culture and religion. It is only right that both countries should jointly commemorate events such as JallianwalaBagh and honour heroes such as Bhagat Singh.