J&K delimitation to be based on 2011 census; geography, means of communication among other aspects to be considered, says panel 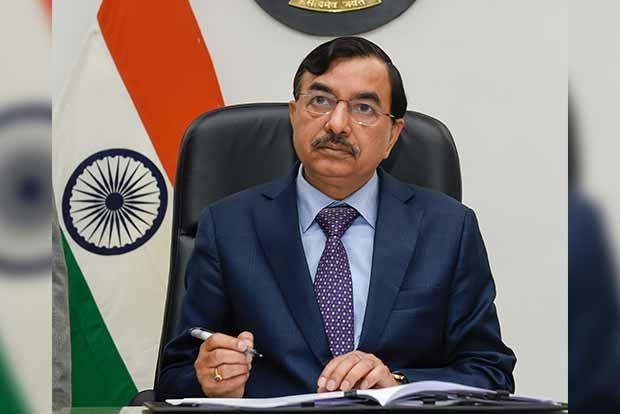 The Delimitation Commission has said it would draft its final report on the basis of 2011 Census even as it said it will grant reservation to the Schedule Tribe (ST) and Schedule Caste (SC) in Jammu and Kashmir.

After completing the four-day tour of J&K, Chief Election Commissioner Sushil Chandra who led a three-member panel to the UT, said the Commission will take into account the topography, difficult terrain, means of communication and convenience available while delimiting seven additional seats for the 83-member Assembly of the Jammu and Kashmir Union Territory.

“Delimitation is not a mathematical exercise. It must reflect the political aspirations of society bound in a particular geography. Though the population forms the base [for delimitation], the commission shall take into account constituencies’ practicality, geographical compatibility, topography, physical features, means of communication and convenience available,” Chief Election Commissioner Sushil Chandra said, according to report by The Hindu.

The earlier delimitation panels, he said, did not acknowledge the difficult terrains and people’s difficulties.

Chandra clarified that 24 seats reserved for Pakistan controlled Jammu and Kashmir would not be delimited in this process.

On the process of arriving at a final draft, he said the commission had taken into account the representations made by 290 groups, comprising 800 people.

“A draft report will be prepared, wherein the suggestions of the associate members will also be taken into account. Thereafter, it will be in the public domain for a consensus. Only after the fresh comments, the final draft will be prepared. Opportunity will be given to people at large to take into account all the views,” he stated.

Referring to the Peoples Democratic Party’s accusations that the panel’s decisions were pre-planned, he said, “If it was so, we would not have held such broad-based consultations. I would suggest that such apprehensions should be shunned now. The idea of coming to J&K and visiting Srinagar, Pahalgam, Kishtwar and Jammu was to get peoples perspectives. People from far-off areas were able to share their difficulties. All said they were happy with the process.”

The earlier delimitation of 1995 was based on the 1981 Census and took into account 14 districts only. “J&K has 20 districts now. There are overlapping of districts as well as tehsils. In 12 districts, constituency boundaries are extended beyond the districts’ limits,” he added.