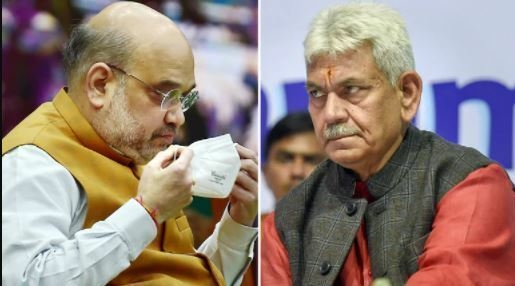 While the Ministry of Home Affairs (MHA) is yet to issue a statement in this regard, as per India Today report, security arrangements for the upcoming Amarnath Yatra was one of the key agendas of these meetings. The central government is yet to decide whether the Yatra will be carried out as per schedule.

The annual pilgrimage to the 3888-metre-high Amarnath cave shrine in south Kashmir Himalayas was cancelled last year due to the Covid19 pandemic.

Due to a surge in Covid-19 cases and deaths across the country including J&K, the Shri Amarnath Shrine Board (SASB), which manages the affairs of the pilgrimage, suspended the registration of pilgrims on April 22 which had started on April 1 this year.

Speculation is also rife that the central government might be mulling restoration of J&K’s statehood.

In 2019, the Yatra was cut short by about 15 days before the central government’s August 5 decision.