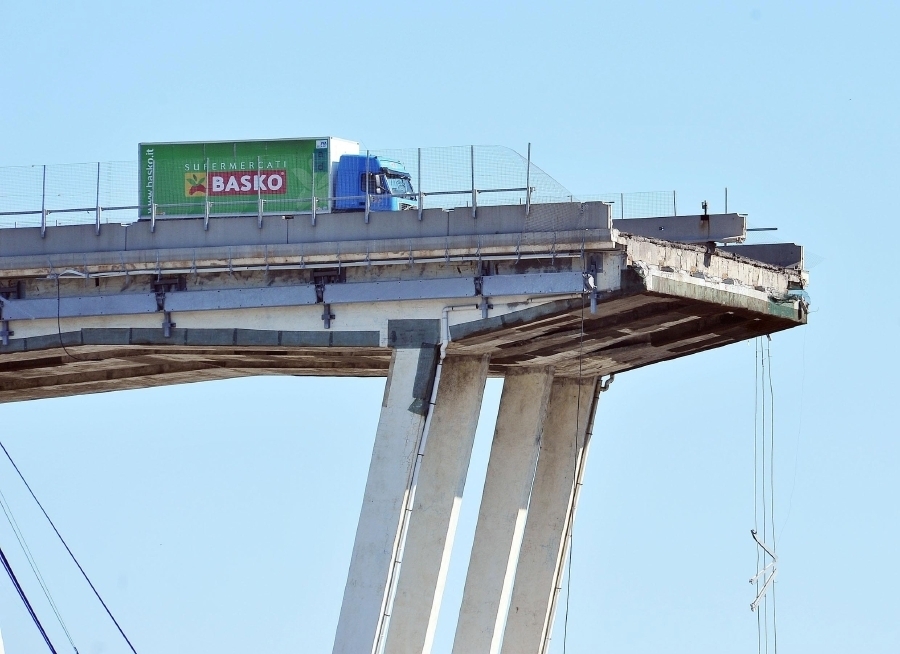 epa06951260 A view of the collapsed Morandi bridge the day after the disaster in Genoa, Italy, 15 August 2018. The death toll for Tuesday's highway-bridge-collapse disaster in Genoa has risen to 39, according to reports on 15 August. EPA/Alessandro Di Marco

Genoa: Italian Prime Minister Giuseppe Conte declared a 12-month state of emergency in Genoa following the collapse of a motorway bridge that killed at least 39 people.
“A cabinet meeting took place in which we have decreed a 12-month state of emergency and made available a first allocation worth five million euros (USD 5.7 million) for the national emergencies fund,” Conte said in a press conference in the northwestern port city after the meeting, which lasted around an hour.
Conte also confirmed the government’s intention to revoke the contract from private sector firm Autostrade per l’Italia, which was in charge of operating and maintaining the bridge and the A10 motorway it was part of.
Transport minister Danilo Toninelli and deputy Prime Ministers Luigi Di Maio and Matteo Salvini announced the move earlier on Wednesday.
Toninelli’s ministry confirmed to AFP that the A10 contract was the only one currently being looked at.
“This is a tragedy that is unacceptable in a modern society, and this government will do everything in its power to prevent anything of this kind from reoccurring. We have already announced that we will begin the process of revoking the Autostrade concession,” Conte said.
Rescue efforts are heading into a second night in Genoa after about a 200-metre section of bridge fell away without warning on Tuesday, sending more than 30 vehicles onto the rail tracks below.
Conte said that the death toll from the disaster would rise and announced a national day of mourning would take place, which the government wanted “to coincide with the funerals of the victims”.