It is party time in Kashmir this New year: Check out what is in the offing 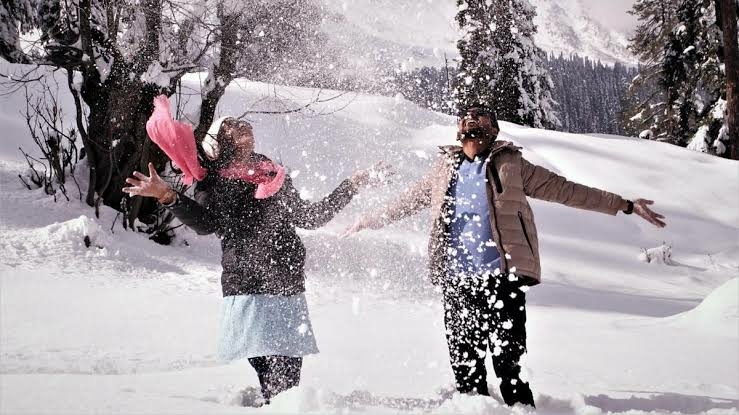 Srinagar: Leaving worries and tensions behind, Kashmiris are bracing up for a gala New Year bash on the icy Alps of Gulmarg.

From white Christmas to musical evenings, the tourism department has planned a week-long celebration at Gulmarg in the run-up to New Year.

Gulmarg is completely sold out for the next two weeks. From newly wedded couples to backpackers, the hotels have been booked for the remaining days of the month.

“This time the events have been planned by the main office of Department of Tourism Kashmir. The event will begin on December 24 evening and will continue till New Year,” he said.

Given that the destination will be completely packed, the department has planned different activities for New Year’s eve.

“There will be musical evenings, food fests, adventure, and cultural events during the week. The department has made arrangements to accommodate maximum visitors and ensured facilities for them,” said an official of the tourism department.

“Hotels have been decorated and some of them have already installed big woofers for a night-long celebration. The event will also showcase different cosines. We will have continental, exotic, non-veg, and veg dishes besides different desserts,” said a Naseer Ahmad, an employee at one of the leading hotels in Gulmarg.

Travel agents said hotels in Gulmarg, Srinagar, and Pahalgam are currently fully sold out.  “A good rush of tourists is expected during Christmas and New Year. The tourism department has planned a big bash on New Year with special arrangements on Christmas,” said Travel Agents Association of Kashmir (TAAK) president Farooq Ahmad Kuthoo.

He said tourists are mostly coming from Maharashtra, Gujarat, and West Bengal. “Snow is the biggest attraction,” he said.

As per the data, Kashmir recorded 513000 arrivals including 1317 foreigners till November end.  Officials said that December has equally witnessed increased arrivals.

This year, for the first time, many destinations including Sonamarg and Doodhpathri have been kept open during winter to cater to tourists.