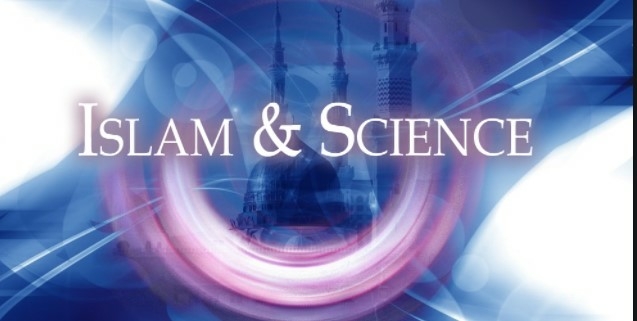 Things which science has proven recently, Quran mentioned it 1400 years back. To get a better understanding of relation between science & Islam we must focus on Quran and sunnah. Let us first take some examples from Quran.

Some of the mysteries of recent times were already solved and mentioned in Quran 1400 years back. Questions which science recently gave answer to were much before written in Quran. Certainly, there are many more things written in Quran which science cannot give answer due to lack of technology. Maybe in future we might come across some of the verses of holy Quran. Some of the examples where Quran gave answer to scientific mysteries are.

1. Initially it was considered that the earth is flat like a plate. Recently some years back it was said that earth is spherical but afterwards it was confirmed that earth is oval shaped. Our holy Quran back in 7th century mentioned in CHAPTER 31 VERSE 29, “have you not seen that god makes the night pass into day, and makes the day to pass into the night”. Which is only possible if the earth is round? In another verse of holy Quran, it is clearly mentioned that earth is exactly in shape of an ostrich’s egg i.e, oval.

2. Initially it was believed that moon had its own light only some hundreds of years back it was proved that moon reflects the light of sun. Quran mentions in CHAPTER 10 VERSE, “it is he who made sun radiate light and the mood shed its lustre”.

3. Today scientists say that 70-90% of living beings are made up of water as it is the major component of cell. Quran in CHAPTER 21 VERSE 30 mentions, “we have made every living thing out of water”. Subhanallah!

4. We all know that every human has got a unique fingerprint. This was known after the advancement of technology several years back. In CHAPTER 75 VERSE 3 Quran says “indeed we have the power to restore the finger tips”. Had the fingertips not been unique in every individual Allah SWT would never have mentioned this.

5. Several years back scientists believed that earth is stationary but sun and mood are revolving around it. Later it was discovered that only planets revolve around sun but now it is confirmed that sun too is moving in a specific orbit. Quran 1400 mentions in CHAPTER 21 VERSE 33 “it is he who created the night and the day, and the sun and the moon gliding in its orbit”. Which proves that everything in universe is in motion.

6. The ultimate source of energy i.e, sun is considered to have some chemical reactions in it which makes it glow. Scientists claim that these reactions will end up some day and sun will loose all its energy. Quran in CHAPTER 36 VERSE 38 mentions “the sun too, follows it’s determined course laid down for it by almighty the knowing”. It is also written in CHAPTER 13 VERSE 2 “he has regulated the sun and the moon, so that each will pursue its course for an appointed time”.

8. Just few years back scientists discovered that when the nature of two liquids is different, they do not mix completely like oil and water this can also be explained due to difference of densities. Quran in 7th century says “it is he who he who released the two bodies of flowing water, one sweet and fresh other salty and bitter, and set up an insurmountable barrier between them”. Here it refers to Atlantic and Pacific Ocean.

9. Human embryology was discovered by Karl Ernst Von Baer in 1827 roughly 200 years back. Human embryology is all about formation of a children in mother’s womb it starts from the fusion of gametes and then implantation in uterus and development of egg cell. Quran in CHAPTER 23 VERSE 12 says “we created a man from essence of clay then we placed him as a drop of fluid in a safe place. Then we developed that drop in clinging clot and we made the clot into an embryonic lump(of flesh) and then we create within the embryonic lump bones and we covered the bones with flesh then we developed him into another creation”.

10. Water cycle is the extremely important natural phenomenon for sustainability of life. Quran in CHAPTER 30 VERSE 48 says that “it is god who sends out the winds so that they raise the clouds. Then he spreads them in sky as he wills and places them layer upon layer and you see the rain issuing froth from their midst”.

11. We recently got to know that the plan and other living organism are also in pairs. But Quran in CHAPTER 51 VERSE 49 says “and we created pairs of all things so that you might reflect”.

12. Scientists discovered recently that when a person lies his frontal lobe of brain called forelock is responsible for that. Quran in CHAPTER 96 VERSE 15-16 says “let him beware!if he does not desist, we will drag him by his forelock.. his lying, sinful forelock”. These were only some of the verses. The holy Quran is full of such verses and some of them may not be discovered by the modern science. It surely can be claimed that Quran is the word of god.

Everything that our prophet PBUH preferred to do becomes a sunnah for us. His entire life is full of advices & knowledge. He never did anything without reason. That is why every sunnah has its own importance. Besides a person who follows every sunnah as in the way it should, will have less chances of getting ill. Let us have a deep study on some of them.

1. Food habits: – prophet PBUH said not to eat food more than required but to keep some space in stomach empty. Today scientist says that keeping stomach partially filled protects a human body from various diseases and keeps bowel healthy. Besides prophet PBUH used to sit in a specific position while eating which is more effective in complete digestion of food.

2. Ryan Drinking water: – prophet PBUH used to sit while drinking water by doing this our body requires less water than needed while standing. Besides water must be drunk in three breaths this prevents the collapse of trachea.

3. Eating dates: – dates were the most favourite food of over prophet PBUH. Doctors today say that dates have multiple importance in human body like it lowers cholesterol, solves problem of alimentary canal as it has fibres, stabilizes blood pressure, improves eye sight as it contains vitamin A, strengthens our bone due to presence of phosphorus, potassium, calcium and magnesium. Dates contain antioxidants like flavinoids, carotenoids and phenolic acid that decreases inflammation, improves heart health & reduces the chance of cancer. Dates also improve metabolism at is has vitamin B complex, vitaminK, riboflavin, niacin. It improves skin condition due to abundant of vitamin c & vitamin D. These were just some benefits of dates.

4. Miswak: – using miswak for cleaning teeth is one of the sunnah.It is scientifically proven that besides cleaning teeth it lessens mental pressure, clears voice, improves digestion and eye sight, sharpens memory, cures gingivitis (gum swelling) makes face to glow, prevents headache, improves smelling ability, increases formation of saliva and much more. Also, WHO in 1986 and 2000 emphasised the use of miswak.

5. Honey:- prophet PBUH said that honey and water can care anything except death. Science proved that it cleans our skin & prevents it from acne, decreases chance of tumour, makes heart healthy, hydrates our body, cures upper respiratory disease, purifies blood, increases. And much more.

6. Surma:- it cleans eye and protects eye from harmful ultraviolet and infrared rays.

8. Eating desert: – Prophet PBUH used to eat small quantity of sugar after their meal today research has shown that it enables the flow of digestive secretions and enhances the process of digestion. These were only some of the sunnahs. We surely cannot count all medical benefits.

(The author is pursuing MBBS at Bangla Medical College, Bangladesh)