Is there water on the moon? Read on 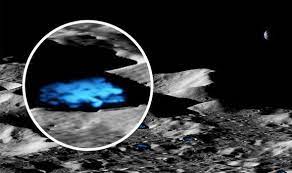 A Chinese lunar has discovered water on the moon spurring fresh hopes of life on the planet.

Science.org has reported that scientists hope the moon’s water can be tapped and used for astronauts while they are on a mission in space.

In December 2020, the Chinese lander returned with more than 60 ounces of soil and rock samples.

Last week a study led by scientists at the Institute of Geology and Geophysics of the Chinese Academy of Sciences, depicted the H20 molecule in the probe’s data.

Matt Siegler, a senior scientist for the Planetary Science Institute, believes that research shows that the moon may contain more water than expected. Previously, however, missions to space had put scientists under the false assumption that the moon was bone dry, yet over the years signs of hydration on the sunlit surface have been found but not confirmed until recently. In the last two decades, scientists from NASA had examined Apollo moon samples in 2008 and found water molecules in glass beads.

A month before the Chinese made their mission to the moon, NASA announced that they could confirm that the water on the moon was certainly in a sunny part of the celestial body. They used a Stratospheric Observatory for Infrared Astronomy (SOFIA) to pick up confirmed wavelength signals of water molecules which revealed that water is widespread on the moon and not just at the poles.

The Chinese mission, Chang’E-5 found traces of water in the soil where it landed, which researchers believe was because of gases flowing off the sun forming water through the solar wind. When solar wind made contact with the oxygen on the moon’s soil and rocks, it formed water. Rock picked up from the same location contained a higher concentration of water than the soil around it.

The Chang’E-5 was the first mission to the moon that collected and returned materials since Soviet Union’s Luna 24 in 1976. NASA last extracted moon rock samples in 1972, almost 50 years ago.