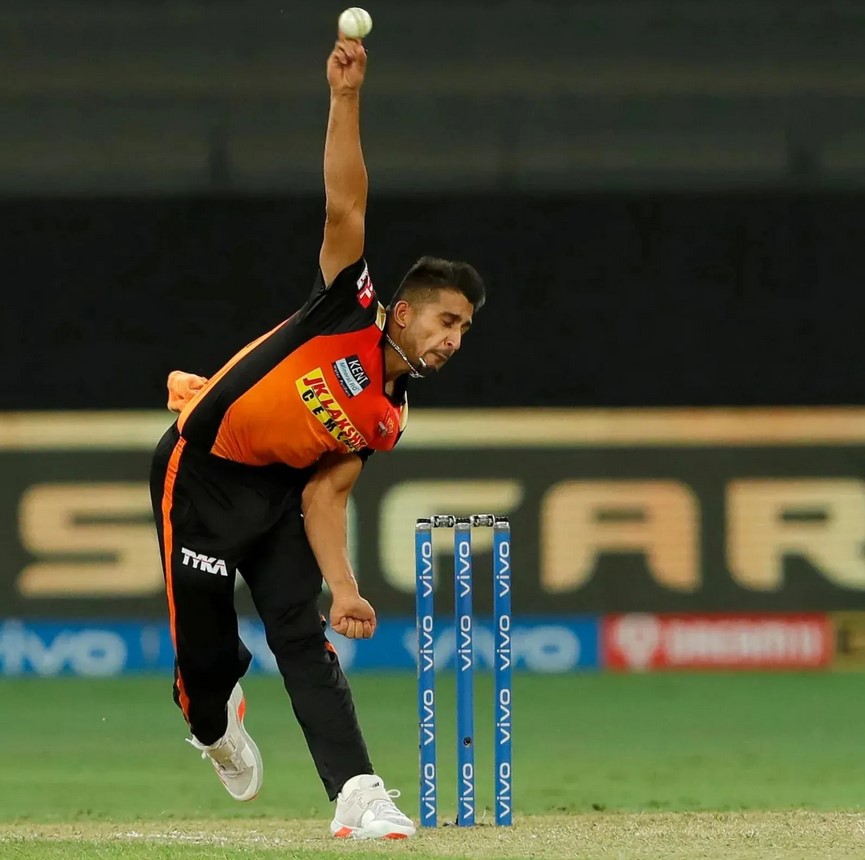 Mumbai, April 11: Every year in the Indian Premier League (IPL), fans eagerly look for the bowler who bowls the fastest deliveries. This season, Sunrisers Hyderabad’s young pacer Umran Malik seems to have put forth his claim for the honour to top the speed gun.

The 22-year-old pacer has bowled really fast thus far this season, clocking 153 kmph against Gujarat Titans at the D.Y Patil Stadium on Monday.

In the match against Gujarat Titans, the pacer from Jammu and Kashmir has once again caught everyone’s attention with his pace bowling.

Malik came to bowl for Hyderabad in the seventh over against Gujarat Titans and his first delivery was a bouncer that took India all-rounder Hardik Pandya by surprise and hit him on his helmet.

However, Pandya shook off the blow by slamming Malik for back-to-back fours — a drive through cover and pull through mid-wicket. Malik ended the over by trapping Matthew Wade plumb lbw from around the wicket, going past the attempted flick.

During his spell, Umran Malik bowled the fastest delivery of this year’s IPL, and that clocked 153 kmph. His pace once again set Twitter abuzz.

Last season, in the match against Chennai Super Kings, he bowled the fastest delivery in the IPL so far clocking a speed of 153.1Kmh.

Malik, who was part of the Hyderabad contingent as a net bowler, has played eight T20 and one List A match for Jammu Kashmir and has picked a total of four wickets.

Hailing from a modest family in Jammu’s Gujjar Nagar, the 22-year-old began playing at a young age. His family has always supported his passion with his father, his mother and two older sisters always there for him.

In the game against Royal Challengers Bangalore in the 2021 IPL, Malik went a step further by bowling the second-fastest delivery of IPL — a 152.95kph thunderbolt that stunned everyone.