IPL 2022: Kohli’s 100th consecutive innings without a century ends in a golden duck 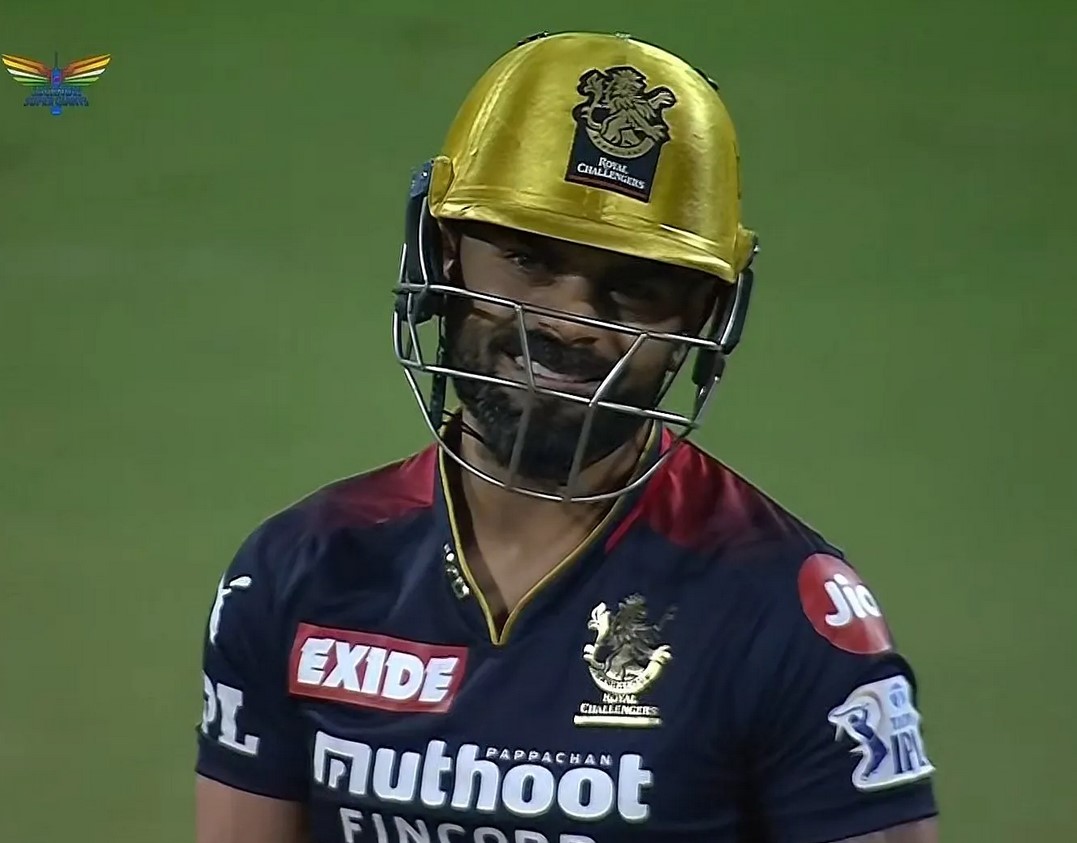 Virat Kohli’s poor run of form in the IPL 2022 continued as the former RCB skipper endured his fourth golden duck in the league at the hands of Lucknow Super Giants bowler Dushmantha Chameera on Tuesday. Kohli came in to bat after RCB had lost the opener, Anuj Rawat, for 4 in the first over and went for a first-ball duck in the last delivery of the first over. It was a back-of-length ball outside off and the 33-year-old Delhi batter just pushed it for a simple catch to the fielder at point. In seven matches in IPL 2022 so far, Kohli has managed only 119 runs at an average of 19.83 with the highest score of 48.

What is more disheartening however is the fact that King Kohli has now gone 100 innings across format without reaching the triple-figure mark. Kohli has now gone 17 Tests, 21 ODIs, 25 T20Is, and 37 IPL matches without reaching the three-figure mark. However, Kohli’s wretched luck of not reaching the century mark is by no means an indication that the former World No.1 player has been enduring a terrible run of form. In fact, in the 2020 and 2021 IPL seasons, Kohli managed over 400 runs and scored three fifties each. In 2020, he had 466 runs in 15 matches at 42.36 and 405 runs in 12 matches in 2021 at 28.92 – even though his strike rate was a tad slower. Overall, Kohli’s last hundred in the IPL came in the 2019 season. He has five centuries to his name in the tournament, which is second only to Chris Gayle’s tally of 6.

In Tests, Kohli’s last hundred came against Bangladesh in the Day-Night Test in Eden Gardens in November 2019 and after that, he has managed to go past the fifty-run mark six times and has scored runs at a below-par average of 28.03, but not alarming low. He has 841 runs in 17 Tests during the period. In ODIs, Kohli’s last triple-figures mark at Port of Spain in August, 2019 against West Indies (114*) and ever since that knock he has scored 791 runs from 21 matches at 37.66, again reasonably healthy average for a batter in the format. He has notched up 10 fifties during this time period. In T20Is a century is as rare as it can get, and Kohli is yet to register one in the format. However, overall in 97 matches he has 3296 runs at an average of 51.50 and a best of 94 not out.
Captain’s Knock: Fans Hail Faf du Plessis For Fighting 96-run Knock Against Lucknow Super Giants

And, if racking up the milestones is a parameter of any player’s form here’s a bit of an interesting stat for you. From August 2019 (the last time Kohli raised his bat after reaching a century), the former Indian captain has been the fourth most prolific batter in terms of run-scoring across all formats. In 73 innings, Kohli has 2478 runs at 37.54 with no centuries, but 24 half-centuries to his name. Top of the list during this time frame is Pakistan’s Babar Azam with 3694 runs in 74 innings at 55.96 with 10 hundreds and 27 fifties to his name followed by England’s Joe Root (3086 runs at 54.15 in 62 innings with nine hundreds and 10 fifties) and Mohammad Rizwan (2641 runs in 72 innings at 47.16 with three hundreds and 20 fifties).

Kohli is followed by Rohit Sharma and KL Rahul with slightly better averages of 43.92 and 41.42, respectively.