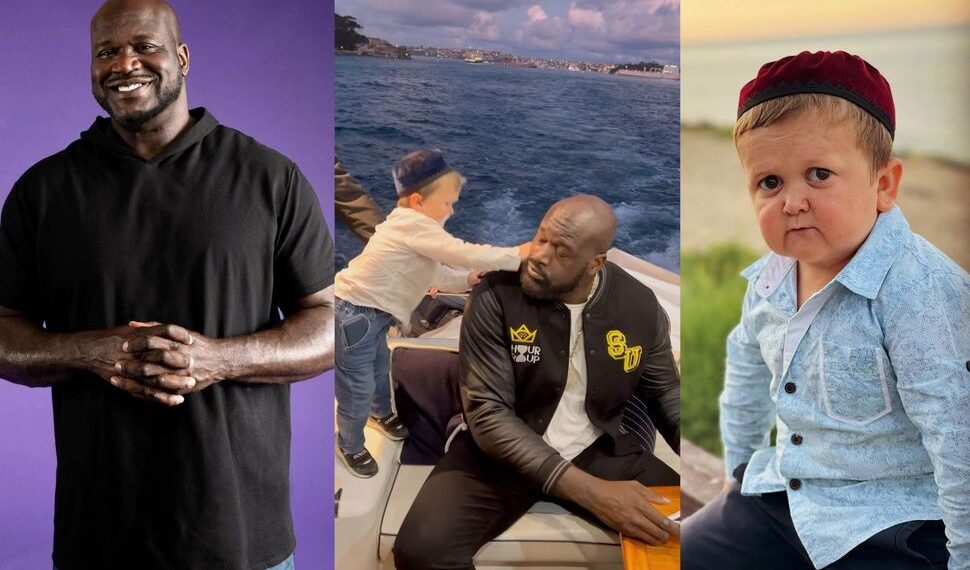 Taking to Instagram on Saturday, Shaquille, who is popularly known as Shaq, shared a video in which 3-feet tall Hasbulla was seen punching the 7-feet tall NBA legend in his face.

The short clip opened to show the pair sitting on a boat in Sydney, Australia. While Shaq seemed busy on his phone, Hasbulla was seen telling everyone to be quiet. The internet star then tapped on Shaq’s shoulder and landed a punch straight into his face that caught the former NBA player off-guard.

“@hasbulla.hushetskiy almost knocked me out,” Shaq captioned the post.

Watch the video below:

The whole ordeal seemed to be in good fun as after getting punched, the NBA legend pretended to be knocked out. At the end of the clip, Shaq was also seen giving a thumbs up with a broad smile on his face.

Since being shared, the short clip has garnered more than 14 million views and over one million likes. Internet users were left in splits.

While one user wrote, “The showdown we never expected but needed,” another jokingly added, “Shaq thought it was a mosquito bite.”

A third said, “This is very cute and funny.” “Shaq could playfully throw him as a three-pointer,” hilarious commented fourth.

Hasbulla Magomedov is a social media influencer from Dagestan, Russia. He has amassed nearly 3 million followers on Instagram. He mostly shares pranks and spoof videos about Mixed Martial Arts (MMA), his life, friends and the money he makes. Hasbulla is 19 years old and is about 3 feet 3 inches tall. Many may presume he is much younger, due to his small stature and high-pitched voice, but this is the result of Growth Hormone Deficiency (GHD) otherwise known as dwarfism.