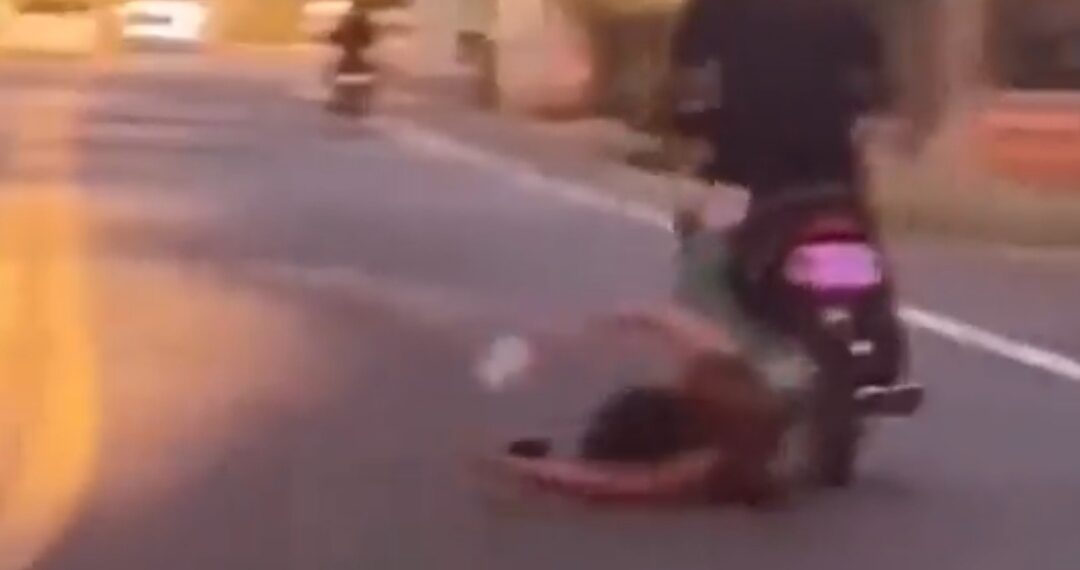 Call it instant karma, a girl riding a pillion on a motorcycle tried to kick another bike but lost balance and fell off the road.

A video of a woman trying to kick off another bike landed her on the road. She lost her balance and fell off the road

The man riding the bike stopped after he realized that she fell off. The people who were recording the incident from behind in their car also stopped their vehicle when she fell.

“Hahaha haha got what she deserved,” another user wrote.

“That bag saved her back though,” a third said.