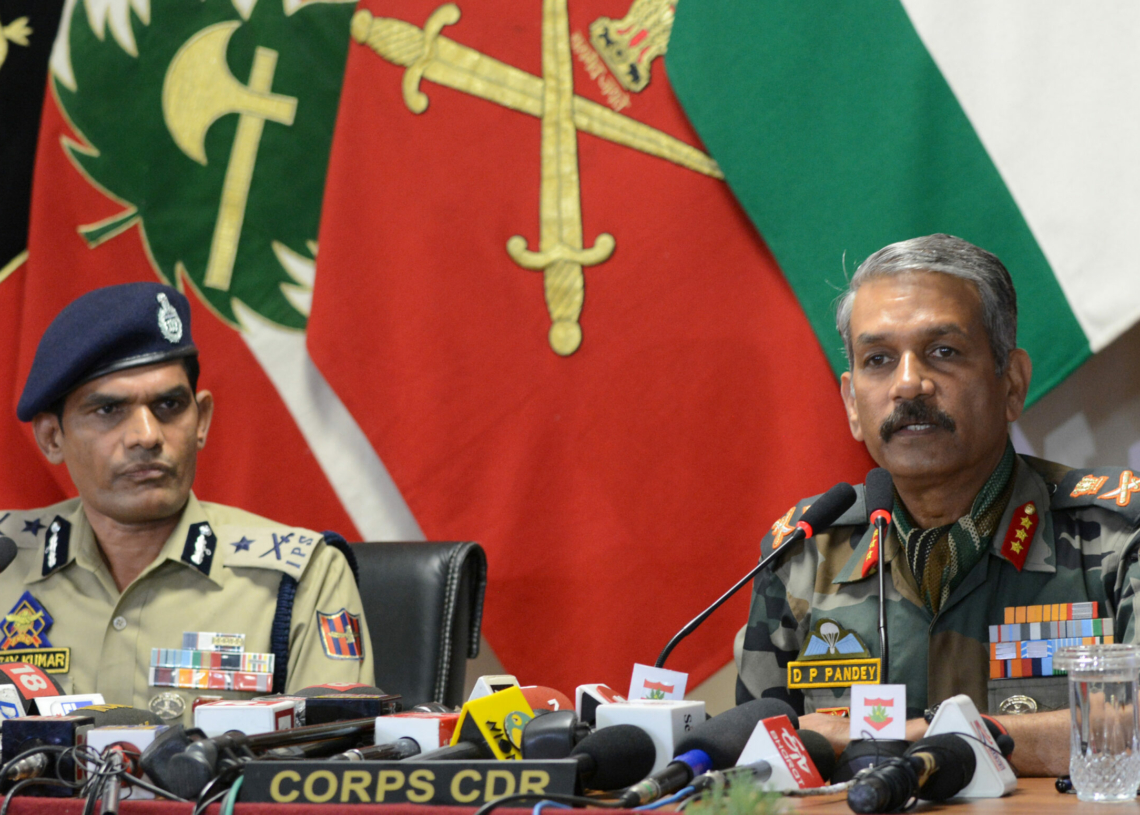 Srinagar: The Army Thursday claimed to have foiled a major infiltration bid in Hathlanga forest area of Uri in north Kashmir’s Baramulla district by killing three militants who were heavily armed.

Elaborating further, the GoC said that only one slain has been identified so far who is a Pakistani resident. “The identity of the other two is being ascertained,” he said. On whether today’s infiltration had any Afghanistan link, he said: “Army is alert and that we were anticipating change in the behavior of Pakistan in the month of September and expecting infiltration ahead of the onset of winter. I would not like to connect this with the geo-politics. We are ready to foil all bids.” He said after sanitizing the area, Uri operation has been called off.

Speaking on the occasion, IGP Kashmir Vijay Kumar  said that feeling frustrated by the prevailing peaceful atmosphere, rising number of tourist arrivals, union ministers, and the peaceful situation post death of Syed Ali Geelani, there is a change in strategy from across the LoC. “Now, there is a new trend of Hybrid and part time militants, who are being given pistols to carry out target killings during evening hours and then they resume normal activities after a day,” the IGP said.

He said this year so far 97 pistols have been recovered from militants, which signifies “hybrid militants are being promoted” to target unarmed policemen, civilians and political leaders.