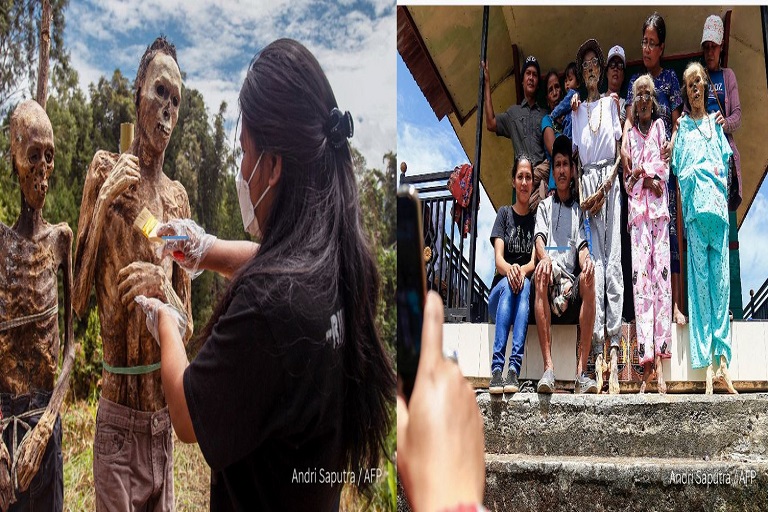 Indonesia dead body festival: Residents on Indonesia’s Sulawesi island are celebrating the Manene – where hundreds of corpses are pulled out of their graves, cleaned, dressed and given offerings as part of a ritual to honour their spirits and show gratitude, reports news agency AFP.

Hundreds of corpses are pulled out and dressed in the village of Torea as part of the ritual to honour their spirits and provide offerings.

“When we do Manene, we would start by opening the grave chamber and cleaning it and its surrounding area,” one of the family members, Sulle Tosae, told AFP.

“Then, we would dry the bodies under the sun before [we] change their clothes,” he said.

Coffins holding the preserved bodies of their loved ones are pulled from a burial cave carved into the mountainside.

“The offerings are a symbol of gratitude from the children and grandchildren to the departed ones,” Torea village head Rahman Badus told AFP.

They honour their spirits “so they can always bless the living with safety, peace and happiness,” he said.

One family offered their freshly exhumed relative a cigarette, while another affixed a pair of stylish sunglasses.

A few of the bodies remain relatively intact from the mummification process while others have deteriorated to skeleton remains.