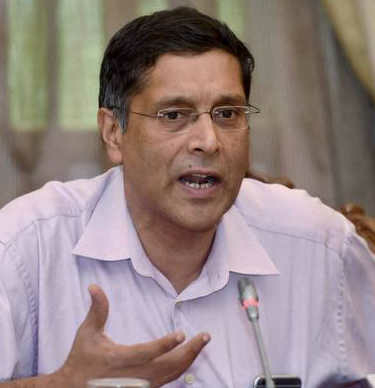 The chief economic advisor is currently in Washington DC to attend the annual Spring Meeting of the International Monetary Fund and the World Bank.

Subramanian said that there were some aspects of the India-US relationship which were doing extremely well, especially on the strategic side and the defence side.

“But, I also do believe that in the long run, unless economic ties bind us more closely together, this will always be a kind of relationship that will have not realised its full potential,” he said.

“I was a great proponent of the US-India free trade agreement idea some time ago. Of course, we all have to recalibrate our notions and expectations and so on,” Subramanian said on the occasion of the launch of Washington-chapter of CUTS International, an Indian think-tank.

“However, I still continue to think that this is a terribly important relationship, the US-India relationship for all the reasons that all of you know about shared values, democracies and of course not to mention the critical role that the Indian diaspora plays in the US,” Subramanian said.

He said the two countries should start thinking creatively about how to sustain this relationship.

“At this stage it’s really hard for me to come up with really a kind of creative idea on this,” he said.

Noting that India had benefited from an open global trading system in the past and its economic fortunes in the long run depended on an open trading system, Subramanian said it was “terribly important” for India and the US to work towards sustaining this open relationship.

“So, I think we need to work much more closely together in all forms. I do think that, my own personal view is that, hopefully we’ll ride out the current problems of attitudes to the trading relationships. But in the medium run, it’s up to countries like India, many middle-income countries like India, medium-sized countries to sustain an open global trading environment,” he said.

Asserting that the Indo-Pacific is and is going to continue to be the world’s economic centre of gravity for a very long time, Subramanian said India had to be well-positioned in order to both contribute to and take advantage of this kind of opportunity.

“I think, India will also have to prepare itself at some stage to being a part of this whatever the trading relationships that emerged,” he said.

India was “not there yet” in terms of its own domestic preparedness to enter these relationships, he said.

“But I think at some stage we will have to be. We are trying. All that the government is doing is should go some way towards preparing us for this,” the chief economic adviser said.

Subramanian said there is now a real opportunity for India and the US to cooperate on coal.