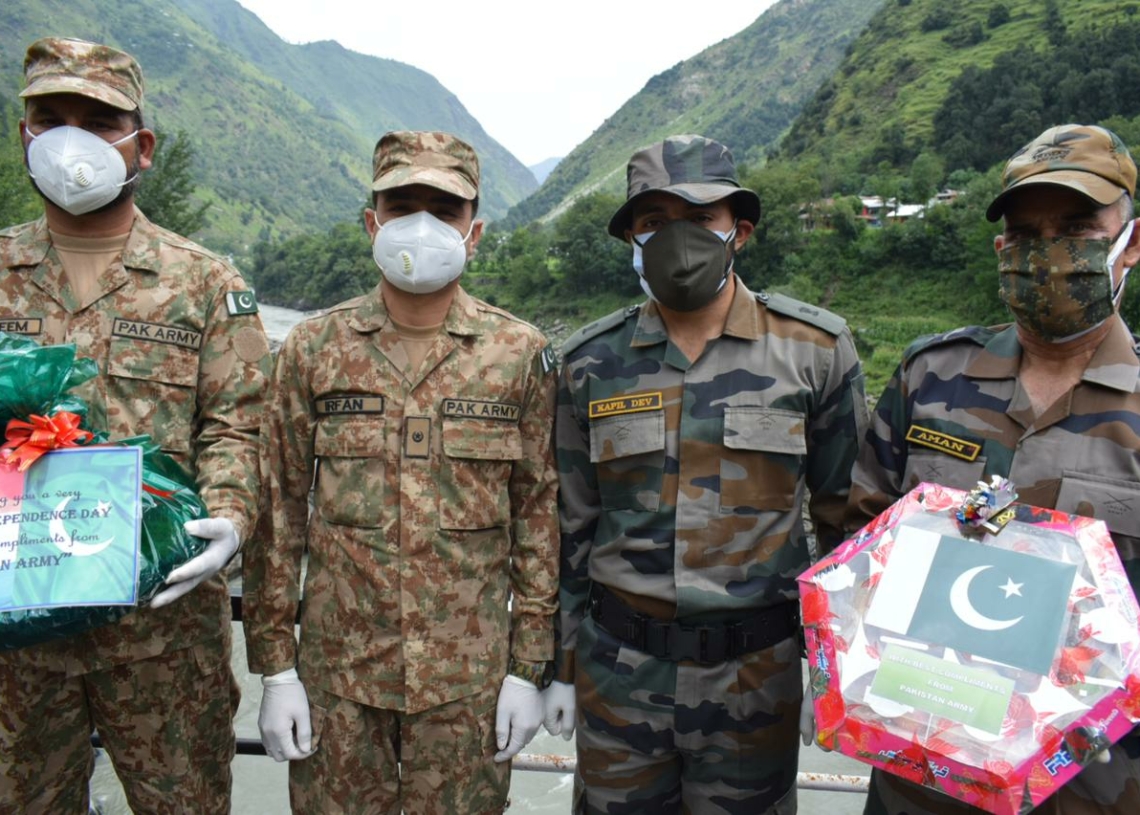 Srinagar: The India-Pakistan Armies on Saturday exchanged sweets along the Line of Control at various border points in Jammu and Kashmir on the occasion of Pakistan Independence Day.

In a statement, a spokesperson said that on 14 August, the Indian Army as a warm gesture, presented sweets to Pakistan Army at Chilehana Tithwal Crossing Point to extend best wishes to Pakistan on their Independence Day, displaying the will to maintain peace along the Line of Control.

“Over the years, India has continuously endeavoured to sweeten and strengthen the bilateral relations with Pakistan through goodwill gestures like this one across the spectrum to ensure peace and tranquility in the region,” the statement reads.

It reads that post the ceasefire agreement in February this year, there has been a prolonged peace along the Line of Control. “The Awam has appreciated the efforts of the Indian Army to maintain peace in the villages along Line of Control.”

It further reads that this gesture is one of the many such efforts made towards achieving peace and development in J&K. “These positive endeavours by the Indian Army will further the cause towards prolonged peace along the Line of Control.”