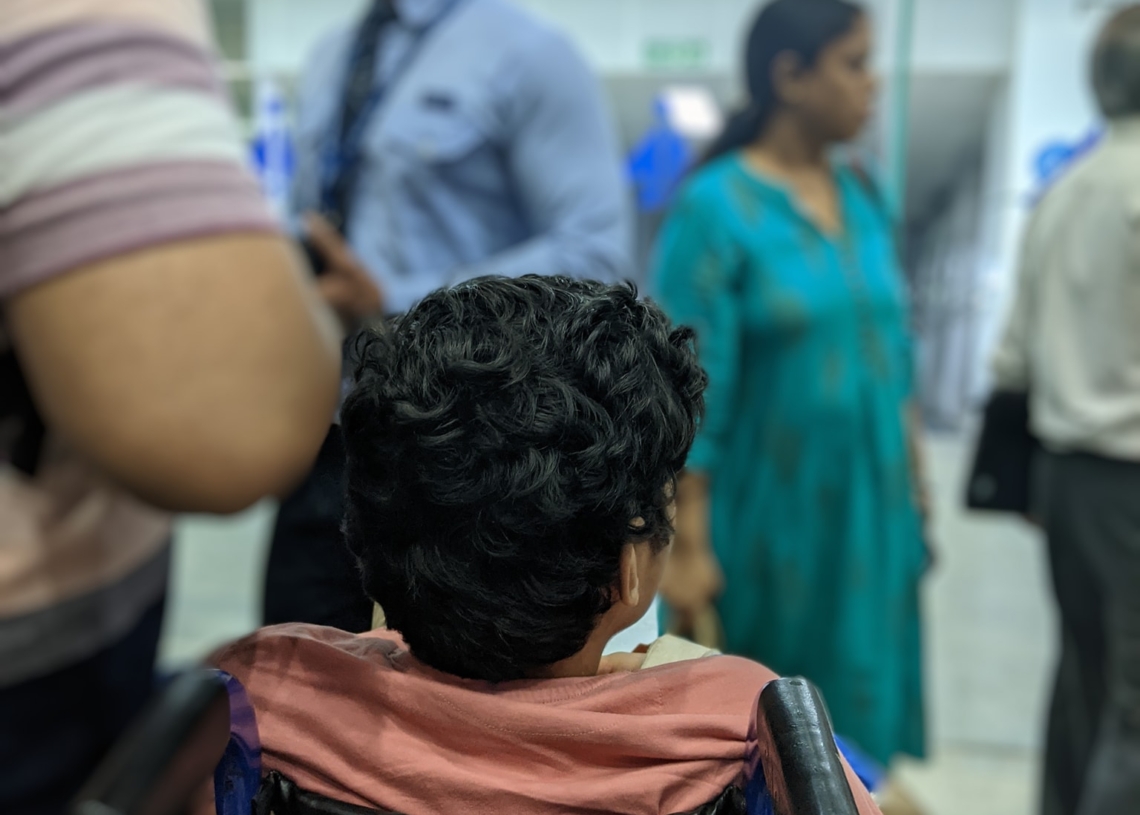 Srinagar: Passengers vented out their anger against the IndiGo Airlines for allegedly disallowing a specially-abled adolescent to board a flight at the Ranchi Airport yesterday.

Giving details of the incident, passenger Manisha Gupta shared photographs and video of the incident on her Facebook page. She said the manager of the airlines refused boarding to the child and parents as he felt that the specially-abled kid was ‘in a state of panic’.

“Yesterday, at the Ranchi airport, an adolescent with special needs, was in great distress. He had had a very uncomfortable car ride to the airport. By the time he had gone through the security check and reached the gate (almost an hour ahead of boarding), he seemed to be in the throes of hunger, thirst, anxiety, and confusion…..By the time the boarding began, the child had been fed. He had had many sips of juice and water. His parents had successfully given him his medicine and he seemed ready…except for some big displays of general teenage assertiveness. Then we witnessed the full display of brute authority and power,” Manisha wrote in the post.

“The Indigo staff announced that the child would not be allowed to take the flight. That he was a risk to other passengers. That he would have to become ‘normal’ before he could be travel-worthy. And the staff then went on to state something on lines of ‘behaviors such as this, and that of drunk passengers deems them unfit to travel.’….. “This child is uncontrollable. He is in a state of panic,” the Indigo manager kept shouting and telling everyone. But all we could see was a young adolescent, sitting very quietly on a wheelchair, terror-stricken by how he was being called out as a risk to the normal world. “The only person who is in panic is you,” a woman passenger retorted. (sic),” she added.

Manisha further wrote that the child was disallowed entry despite assurances from the passengers that they had no issues if the trio boarded the plane.

“He was immediately gheraoed by other passengers. They opposed him resolutely. They assured the staff that as co-travelers, they had no objection to the child and his parents boarding the flight. Several went on to the Indigo airline website and challenged the Indigo manager to calibrate his decision with corresponding statements in the rule book…..al world…..Threats, pleas, dialogue, negotiations, hands folded in request — nothing from the parents and circle of passengers worked in the face of that one person who had made up his mind last evening to fully exercise his power to exclude those who did not belong to his world of ‘normal’, and ‘fit’ people. Then, at the end of it all, the Indigo flight from Ranchi to Hyderabad departed, leaving behind three courageous Indians at the boarding terminal, who probably fight every day for love, respect, and dignity. The security guard locked and secured the boarding gate with an iron padlet and chains, even as the mother pleaded from the other side of the glass door. The other passengers, including us, slowly dispersed to catch our flights. It was a late night. Ours was probably the last flight out. As I stepped into the chute to board, I caught the last glimpse of this family – a father, mother, and child on a wheelchair, standing alone in a large, empty, and deserted terminal, ring-fenced by airport staff and security,” she said.

“…..we regret to note this experience. Be rest assured we are looking into this and our team will be in touch with the passenger regarding the same. ~ Team IndiGo,” it said in a tweet.