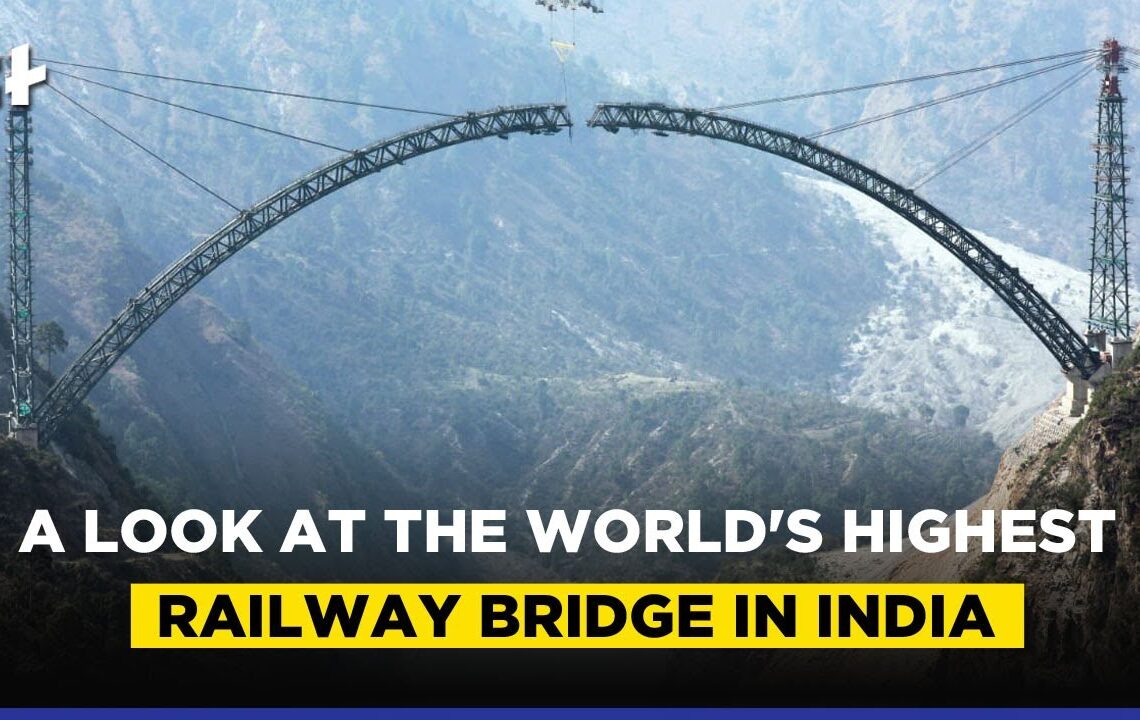 SRINAGAR: The stage is all set for the launch of the final piece of the overarch deck of the World’s Highest Railway Bridge on Chenab.

The bridge is 1.315 km long and has a maximum arch span of 480m. More than 29,000 MT of steel has been used in the construction of this bridge. “Two cable cranes of 20 MT capacity each have been used for structural components in the valley,” said an official

Built at the height of 359 meters from the river bed level, the bridge will surpass the world’s current tallest railway bridge (275 meters) over the Beipanjiang River in China’s Guizhou province.

Constructed at the cost of Rs 1327 crore near the Salal Hydro Power Dam, the Chenab Bridge is part of the second leg of the Udhampur-Srinagar-Baramulla rail link.

Udhampur-Srinagar-Baramulla Railway Line (USBRL) is a national project that will connect Kashmir valley with the rest of the country through an all-weather railway network. The total length of the USBRL is 272 km. Of which 161 km has already been commissioned, while work is in progress on the 111-km-long Katra-Banihal stretch. The Katra-Banihal section comprises 27 main tunnels and 8 escape tunnels. Around 87% out of 111Km of the section is covered in tunnels.

The most sophisticated ‘Tekla’ software is used for structural detailing. Also, the structural steel is suitable for -10°C to 40°C temperature. The cost of the bridge came at Rs 1486 crore.

The bridge is designed to withstand high wind speed up to 266 Km/Hour and will remain operational at a restricted speed of 30 Km/Hour even after the removal of one pier/trestle.

The bridge was designed for blast load in consultation with DRDO for the first time in India. Bridge designed to bear earthquake forces of highest intensity zone-V in India.

It is for the first time in the history of Indian Railways that a Phased Array Ultrasonic Testing machine was used for the testing of welds. Approximately 584Km welding was done to join the different parts of the structure, which is to the tune of the distance between Jammu Tawi to New Delhi.

The height of the cable crane’s pylon at Srinagar End is 127m, which is much taller than Qutub Minar of 72m.

Jammu and Kashmir is a landlocked region. Connectivity has always been a problem. There is only one highway that connects Srinagar to Jammu. Traveling often is a problem because the highway is prone to landslides and avalanches. During winter, traveling on the highway is very difficult as it remains closed for weeks due to inclement weather.

Maharaja Pratap Singh had dreamed of the Kashmir rail project in 1898.  A project was sanctioned in 1905 but it could not be implemented.  After independence, Jammu got connected with the rest of India through rail. Indira Gandhi started work on the difficult Chenab section (which included Kashmir) in 1983.

This rail project will provide all-weather connectivity to Kashmir and boost industrialization and other economic activities in the valley.