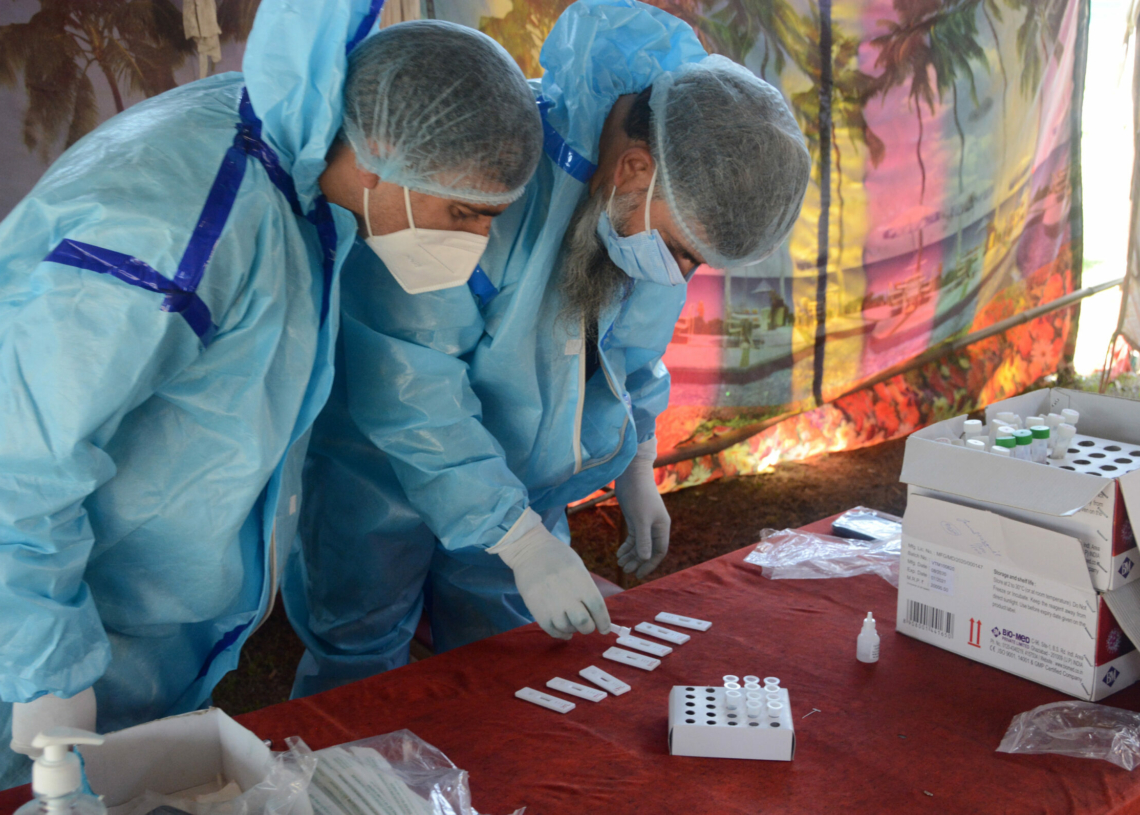 The number of new coronavirus infections in India has peaked, according to a new tracker developed by researchers at Cambridge Judge Business School and the National Institute of Economic and Social Research.

“But there is substantial variation among states and union territories in their trajectories, with cases continuing to increase over the next two weeks in areas such as Assam, Himachal Pradesh, Tamil Nadu and Tripura,” the researchers wrote.

The projections are based on reported numbers and are in line with those from some other experts, including Prime Minister Narendra Modi’s advisers. India reported a record 414,188 new cases on May 7 — about 32% higher than the world’s previous peak reported by the U.S. last year but with just a fraction of the testing and vast undercounting — and official data suggest daily deaths could continue near the unprecedented 4,000-level.

Health services remain overwhelmed and several hospitals face a shortage in oxygen supplies. With the state being criticized for failing to ensure critical needs including oxygen and medicines, businesses are suspending operations and offering employees time off “to heal.”

A variant of the virus first identified in India appears to have higher rates of transmission and preliminary evidence suggests potentially reduced effectiveness of certain antibodies, the World Health Organization said in its latest report.

The nation has reported more than 300,000 new infections for more than 20 straight days. The numbers are probably vastly undercounted, experts say.

“A recent risk assessment of the situation in India conducted by WHO found that resurgence and acceleration of COVID-19 transmission in India had several potential contributing factors, including increase in the proportion of cases of SARS-CoV-2 variants with potentially increased transmissibility; several religious and political mass gathering events which increased social mixing; and, underuse of and reduced adherence to public health and social measures,” it said.