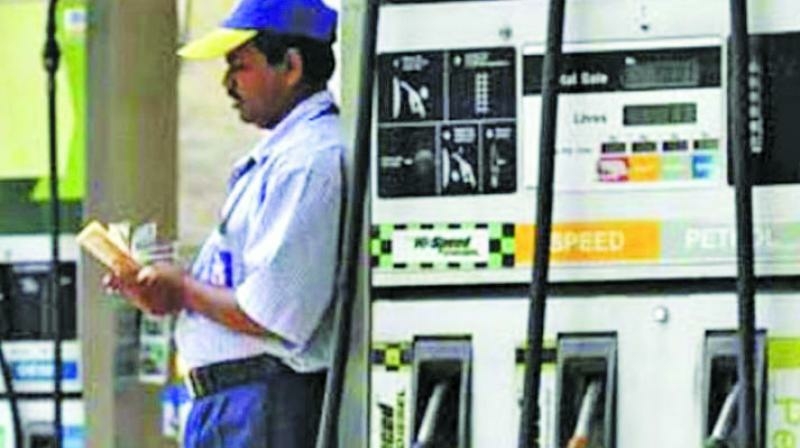 New Delhi: India’s fuel demand dipped 45.8 per cent in April from a year earlier, as a nationwide lockdown and travel curbs to combat the spread of novel coronavirus (COVID-19) eroded economic activity.

Consumption of fuel, a proxy for oil demand, totalled 9.93 million tonnes – its lowest since 2007, government data showed on Saturday.

State fuel retailers in the country sold 50 per cent less refined fuel in the first two weeks of April than the same time a year earlier as the country came to a standstill due to the lockdown that was put in place on March 24.

The government last week extended the lockdown until May 17, with some relaxations in lower-risk areas, although travel by air, rail and metro and inter-state movement of people by road was still banned.

The International Energy Agency (IEA) in its latest report said the country’s annual fuel consumption will decline 5.6 per cent in 2020 compared with growth of 2.4 per cent forecast in its March report.

Consumption of diesel, which is widely used for transportation as well as for irrigation needs in the country, was down about 55.6 per cent year-over-year at 3.25 million tonnes.

State-retailers sold 21 per cent more LPG in the first fortnight of April from a year earlier. The government is providing free cooking gas cylinders to the poor for three months to June to help them weather the impact of the lockdown.

Sales of bitumen, used for making roads, slumped 71 per cent, while fuel oil use dipped 40 per cent in April.

However, the country’s fuel demand is set to recover with easing restrictions on industrial activity and transport in areas that have contained the spread of coronavirus, oil minister Dharmendra Pradhan said earlier this week. (Reuters)