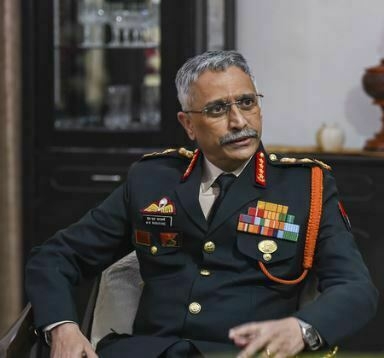 New Delhi: Indian troops were maintaining their “posture” along the border with China while infrastructure development in the frontier areas was on track, Army Chief Gen M M Naravane said on Thursday, days after personnel of the two countries were locked in two separate incidents of violent face-offs.

Gen Naravane said the incidents in Eastern Ladakh and North Sikkim involved aggressive behaviour by Chinese and Indian troops resulting in minor injuries to personnel from both the sides.

The Army Chief said both sides “disengaged” after dialogue and interaction at the local level.

“It is reiterated that both these incidents are neither co-related nor do they have any connection with other global or local activities,” he told journalists when asked about the face-offs.

“All such incidents are managed by established mechanisms where-in local formations from both sides resolve issues mutually as per established protocols and strategic guidelines given by the prime minister after the Wuhan and Mamallapuram summits,” Gen Naravane said.

He said Indian Border troops have always been upholding peace and tranquillity along with the border areas.

“I can say with confidence that the development of infrastructure capabilities along our northern borders is on track. Our force posture will not suffer due to the COVID-19 pandemic,” he said.

It is learnt that the situation in the Eastern Ladakh region remained tense with troops of the two countries maintaining a close watch on each other demonstrating aggressive posturing, even nine days after the violent clash involving 250 soldiers from both sides.

The confrontation began on the evening of May 5 and both sides decided to “disengage” the next day.

In a separate incident, nearly 150 Indian and Chinese military personnel were engaged in a face-off near Naku La Pass in the Sikkim sector of the Sino-India border on Saturday. At least 10 soldiers from both sides sustained injuries in the incident