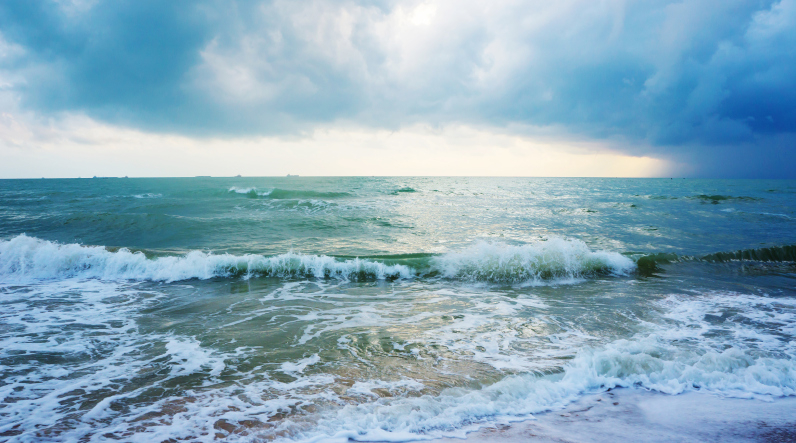 New Delhi: The Indian Ocean is warming at a higher rate than other oceans, the latest report by the Intergovernmental Panel on Climate Change said on Monday, with scientists warning that India will witness increased heatwaves and flooding, which will be the irreversible effects of climate change.

The authors of the Intergovernmental Panel on Climate Change’s (IPCC) Sixth Assessment Report (AR6), “Climate Change 2021: The Physical Science Basis”, said the warming of the ocean will lead to a rise in sea levels, which will contribute to more frequent and severe coastal flooding in low-level areas.

“For a country like India, some of the increase in heat waves is masked by aerosol emissions, and reducing that is important for air quality. We will also see an increase in the heatwaves, heavy rainfall events, and the further melting of glaciers, which will impact a country like India, more compound events from sea-level rise, which could mean flooding when tropical cyclones hit. These are some of the impacts which will not go away,” Friederike Otto, one of the authors of the report, said.

Another author, Swapna Panickal, who is a scientist at the Indian Institute of Tropical Meteorology, said about 50 per cent of the sea level rise is due to thermal expansion.

“The Indian Ocean region is warming at a higher rate, which means the relative sea-level can also increase over the regions. Hence, the coastal regions will see the sea-level rise through the 21st century and it will contribute to more frequent and severe coastal flooding in low-level areas and coastal erosion. Along with this, extreme sea-level events that were previously seen once in a hundred years, could also happen every year by the end of the century,” she said.

The report also observed that it is indisputable that human activities are causing climate change, making extreme climate events, including heatwaves, heavy rainfall and droughts, more frequent and severe.

“Human influence has led to ocean warming since the 1970s and ocean acidification along with changes in the frozen areas of the planet. There has been a 40 per cent decrease in Arctic Sea ice since the 1990s and spring snow cover has decreased since the 1950s,” it said.

The authors of the report said in the next 20-30 years, India will not see much increase in the rainfall beyond the internal variability change, but both annual and summer monsoon precipitation will increase by the end of the 21st century.

She said if large-scale reductions are not made in the greenhouse gas emissions, limiting global warming to 1.5 degrees or 2 degrees Celsius will be beyond reach.

The report said under the global warming scenario of 2 degrees Celsius, the magnitude of length and the frequency of fire seasons are projected to increase with strong effects in India, China, and Russia.